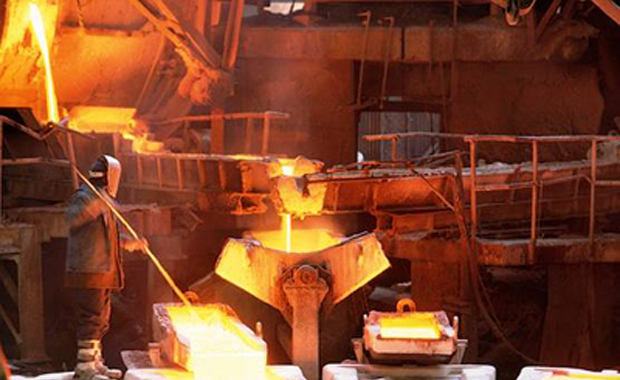 Copper prices were on Friday poised to decline for a second week, pressured by fears that trade conflict between Washington and Beijing would hit demand in China, the top consumer of industrial metals.

For the week, LME copper is down 3.1 percent and prices in Shanghai have dropped 3.3 percent.

Fears of a full-blown trade war with the United States have magnified concerns about China’s economic outlook following weaker-than-expected growth data for May.

China’s economy is starting to cool under the weight of a multi-year crackdown on riskier lending that is pushing up borrowing costs for companies and consumers, with data pointing to a broad slowdown in activity in May.

“There is downward pressure on copper because of tightening credit,” said Meng Jie Wu, copper analyst CRU in Beijing. “Of course a potential trade war between the U.S. and China is going to put more pressure on prices.”

* TRADE TENSIONS: U.S. President Donald Trump threatened on Monday to hit $200 billion of Chinese imports with 10 percent tariffs if China retaliates against his previous targeting of $50 billion in imports.

* COPPER STOCKS: The cancellation of 14,225 tonnes of copper in LME-registered warehouses pushed on-warrant stocks available to the market down to 252,375 tonnes. However, this is still up around 20,000 tonnes from the start of June, signalling good supply. MCUSTX-TOTAL

* CHINA ECONOMY: In a bid to keep growth steady, China will use targeted cuts in banks’ reserve requirement ratios and other policy tools to boost credit support for small firms, state radio quoted a cabinet meeting as saying.

* PHILIPPINES: A government panel cleared 23 of 27 Philippine mines that were assessed for compliance with state regulations, easing uncertainty about potential supply disruptions at the world’s No. 2 nickel ore supplier.