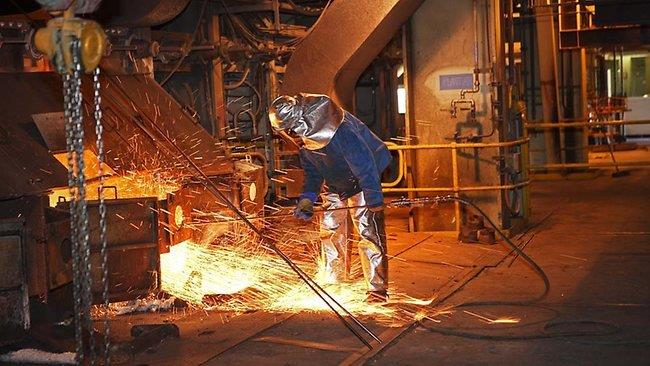 London copper rebounded from a three-week low on Wednesday after losing nearly 2 percent in the previous session, although a deepening trade row between China and the United States capped any recovery in risk appetite.

Nickel, up more than 1 percent, was the top gainer while other metals including aluminium and zinc also edged up, but most were not far above multi-week lows reached on Tuesday.

“While the (trade) tariffs in themselves don’t derail the narrative of global economic growth, the prospect of further
punitive measures taken by both the U.S. and China certainly heightens that risk,” Commonwealth Bank of Australia analyst Vivek Dhar wrote in a report.

Trump threatened on Monday to hit $200 billion of Chinese imports with 10 percent tariffs if Beijing retaliated against his previous targeting of $50 billion in imports, aimed at pressuring China to stop stealing U.S. intellectual property.

* RUSAL: Sanctions-hit Russian aluminium producer Rusal said it had started shipping bauxite from its Dian-Dian bauxite project in Guinea to its alumina refineries in other countries.

* CHINA COPPER: China’s refined copper output rose 15.5 percent from a year ago to 767,000 tonnes in May, government data showed.

* GRAPHITE: Base metals explorer Metals Australia has signed a preliminary deal to develop a graphite mine in
Canada in partnership with a Chinese supplier to the battery industry for an unspecified amount of funding.

* MARKETS: The dollar steadied against a basket of currencies, although persistent worries about the U.S.-China
tariff rift kept currencies on edge. Asian stocks rebounded.