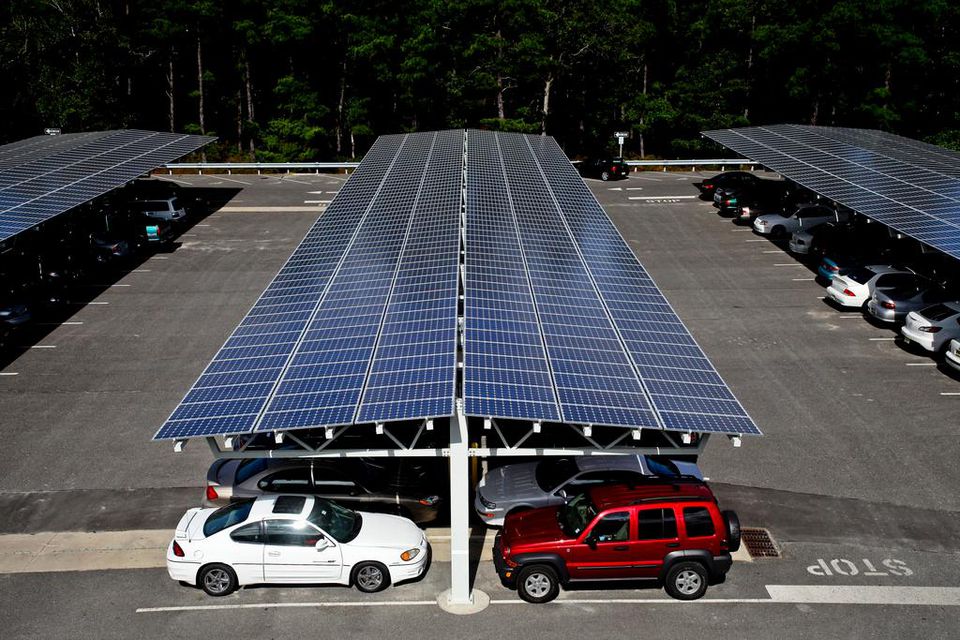 When Governor Murphy recently signed a landmark clean energy bill into law, New Jersey reclaimed the national policy leadership it abdicated during years of stagnation under the Christie Administration, and jump-started the state’s clean energy economy.

The state is now a member of the exclusive “50×30” club that includes New York, Hawaii, California, and Vermont as the only states requiring 50% renewable energy by 2030 (Colorado and Iowa may reach that mark through voluntary utility leadership).

New Jersey now has America’s most ambitious offshore wind and energy storage targets , and Governor Murphy set his sights even higher through an executive order to achieve 100% clean energy by 2050.

Other states in the 50×30 club are thriving economically. Each state with this target has generated higher annual GDP growth than the U.S. average since 2009 and they boast some of America’s largest clean energy job workforces per capita – led by California’s 520,000 green jobs and an economy that’s grown faster than the U.S. average for six consecutive years.

Renewable energy goals generate economic growth, and New Jersey’s ambitions take advantage of record low wind and solar costs, which have fallen so fast that they became the cheapest sources of new electricity in 2017, creating America’s two fastest-growing occupations – solar installers and wind turbine technicians. Solar power costs 85% less than it did in 2009, and wind costs have dropped 65% over the same period.

The bill also creates America’s biggest offshore wind target and could help New Jersey win a regional race to the top with other Atlantic coastal states. Governor Murphy’s 3,500 MW target totals nearly half of the 8,000 MW of planned offshore wind across the booming Northeast market. Offshore wind projects are expected to generate billions in new investment, and the Northeast Wind Center projects this would create 36,300 full-time jobs in the region, with the bulk going to first movers like New Jersey.

Wind also blows most consistently offshore, providing reliable electricity that reduces fossil fuel reliance: If the state installs 3,000 MW of offshore wind, it could power more than 1.4 million households and avoid emissions equivalent to taking 873,000 cars off the road.

Offshore wind costs are projected to follow the downward cost trajectory of its onshore cousin. Bigger turbines that generate more electricity have cut project costs nearly in half by reducing maintenance and installation, and new projects off New England could already be cost-competitive with natural gas.

The bill’s energy storage goal is also America’s most ambitious target. New Jersey’s goal of achieving 600 MW of energy storage by 2021 and 2,000 MW by 2030 thrusts it into national leadership and can make the state a hub for grid-scale storage jobs as an early market mover.

New Jersey’s Board of Public Utilities is now required to start establishing a “process and mechanism” within 18 months to achieve the energy storage goals. Because of its location within the 14-state PJM Interconnection regional grid, projects built in the state could access additional revenue streams by helping meet supply and demand across the regional power market.

Storage also makes the grid more resilient to climate disasters like Hurricane Sandy and complements wind and solar by smoothing out variability. Like wind and solar, storage costs have fallen 70% since 2010, and may fall another 70% by 2030, undermining the business case for more natural gas generation.

Critics will claim clean energy increases electricity prices, but the reality is that energy efficiency measures in the 50×30 club states have succeeded where it matters most – average electricity monthly bills. The cheapest, cleanest available energy is the energy we don’t consume, and energy efficiency measures are projected to save New Jersey up to $200 million annually.

New Jersey’s new rule for utilities to reduce electricity usage by 2% annually catapults the state from 30th to the 4th highest state energy efficiency savings goal. The efficiency industry already employs over 2.2 million Americans including 31,000 workers in New Jersey, and efficiency jobs grew at twice the national average in 2017. The state can expect to get a heftier portion of these non-exportable, blue-collar jobs.

What’s most remarkable is that New Jersey may not pay extra for a clean energy future. ReThink Energy NJ’s 2017 New Jersey Pathway study showed that the combined cost of energy efficiency and new renewables would be comparable to business as usual under conservative cost assumptions – and this bill has stronger cost protections than the study assumed. 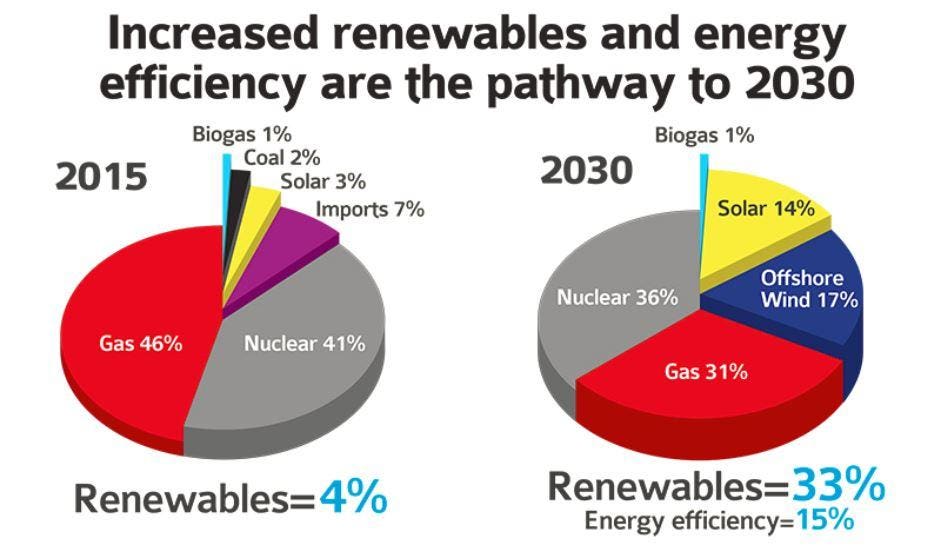 Finally, the bill revised New Jersey’s renewable targets to allow utilities to buy and sell excess power with neighbors across PJM, which will keep costs low – PJM estimates its market operations produce $2.8-$3.1 billion in annual savings. This does mean some out-of-state resources will help to meet state renewables goals, but regional cooperation is a key tool for integrating variable wind and solar output. Opportunities to import cheap wind from the Midwest will be matched by opportunities to export in-state offshore wind, solar, and nuclear power.

Which Exit on the Road to a Green Economy?

In one fell swoop, New Jersey has re-emerged as a national clean energy leader . The bill puts New Jersey firmly on the road to a green economy with clean jobs, lower bills, economic growth, and cleaner air ahead.