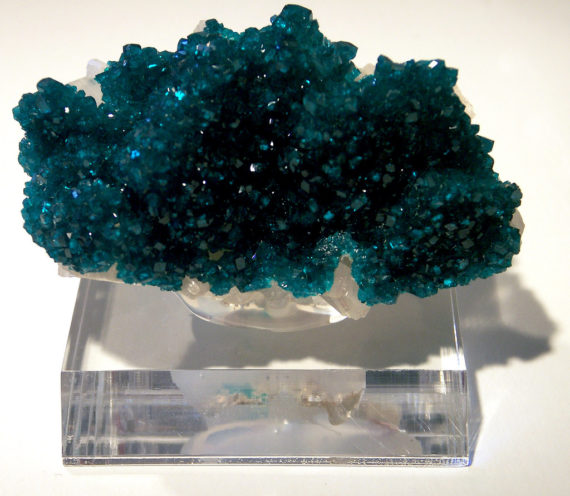 Tesla’s cobalt usage is going to be a thing of the past soon if Elon Musk has his way. And it makes sense.

Cobalt prices are soaring within an expected supply-and-demand market scenario that is driven in large part by the growth of electric vehicles. The London Metal Exchange price of the battery input has jumped from under $30,000 per ton at the end of 2016 to a current price of $86,750.

Then there’s a substantial ethical dilemma around cobalt’s primary sourcing location. Most of the world’s cobalt is mined in the Democratic Republic of the Congo (DRC), which is known for corruption and human rights violations, including its cobalt “artisanal miners,” who are often children. Around 54% of the world’s cobalt supply comes from the DRC.

Not knowing the amount of cobalt supply available has become a genuine point of concern and a bottleneck for much greater mass production of EV batteries. For many electric vehicle (EV) manufacturers, now is the time to move from EV novelty market status to mainstream acceptance, and most of these manufacturers rely on cobalt as a key component in their EV batteries.

Tesla’s Cobalt Usage is Different than Other EV Manufacturers

Earlier this month, Panasonic announced that it was in the process of developing cobalt-free EV batteries. As the world’s largest manufacturer of automotive lithium-ion battery cells and Tesla’s exclusive battery cell supplier for the Model 3, Model S, and Model X, Panasonic and its announcements hold real weight.

Then again, even today, Tesla’s cobalt usage really is not that significant to the composition of Tesla’s battery cells. Tesla and Panasonic are apparently leading the EV field when it comes to minimizing cobalt usage. Tesla has long been a proponent of nickel-cobalt-aluminium (NCA) technology developed by Panasonic in Japan, which goes against the trend of a nickel-cobalt-manganese (NCM)-focused EV industry. Furthermore, Elon Musk reiterates that, in general, the trend in the material development world is towards higher-energy, lower-to-no-cobalt chemistries.

Benchmark Minerals, a specialist battery research company, estimates that over the last 6 years, Tesla has reduced the average amount of cobalt used in its vehicles by 60%, from 11 kilograms to 4.5 kilograms per car.

A Little History about Lithium-Cobalt-Oxide Chemistry

The first successful lithium batteries drew upon a lithium-cobalt-oxide chemistry, often just called a lithium battery or LiCo. Later, oxides of nickel, manganese, and iron were used. Up until now, Tesla has used NCA cell chemistry for its long-range vehicles. NMC has been used for high-lifecycle uses like Tesla’s utility storage products. However, NMC batteries are improving and cutting their cobalt content as well.

The original NCM chemistry used a formula of one part nickel, one part cobalt, and one part manganese, or 1:1:1 as it has been coined in the battery industry. Recent adjustments to 5:2:3 (five parts nickel, two parts cobalt, and three parts manganese) and 6:2:2 compounds have been precursors to the goals of NCM engineers to reach 8:1:1 in mass-market vehicle batteries.

Benchmark forecasts that 8:1:1 cathode material will reach 25% of NCM’s market share by 2026 – “enough to cause disruption in the raw material supply chain, but far from takeover.” The analysts there add that there is little doubt that nickel’s future in lithium-ion batteries is bright.

For now, the goal with this chemistry is to develop NCM 811. Skeptics argue that this is still a number of years away from widespread commercial adoption, due to lifecycle and safety concerns. They do concede that NCM 811 will offer lower raw material costs and improved energy density once it is available on the market, though, which means cheaper electric cars or electric cars with the same price as today but more range.

Tesla’s cobalt usage reduction plans are expected to affect its entire range of batteries used for all vehicle types, including its latest development, the Tesla Semi. We expect to have more updates soon.