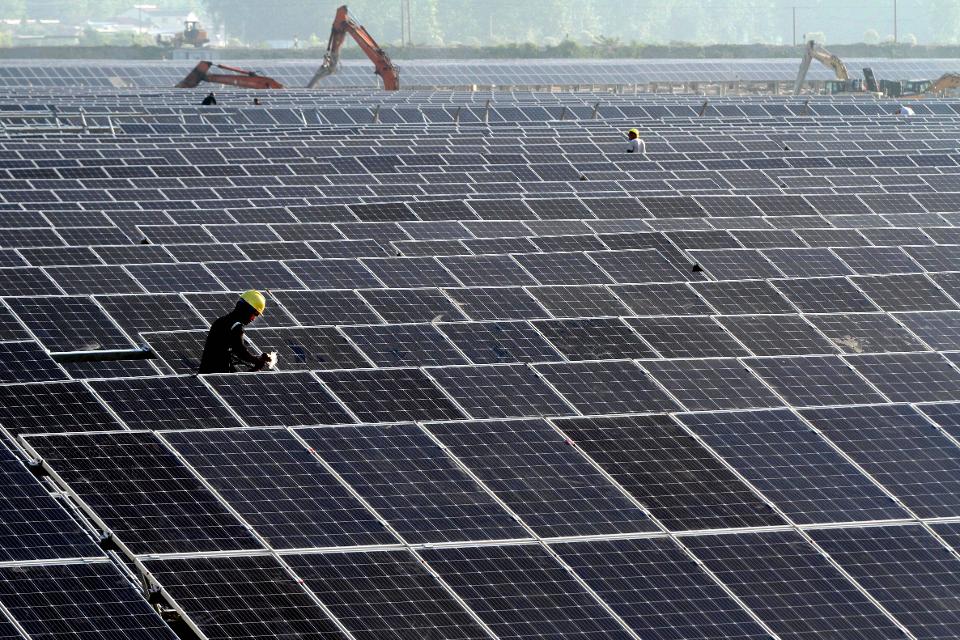 On May 31, China’s National Development and Reform Commission (NDRC), Ministry of Finance and National Energy Board issued a statement halting all subsidies for utility-scale solar projects in favor of competitive bidding, and greatly reducing feed-in-tariffs. This move is likely to effectively slash demand in the world’s largest solar market by about 40%. China accounted for about 50% of global solar demand in 2017. Worldwide demand is anticipated to shrink by double-digits , as the U.S., India and Japan, which made up roughly 30% of the market in 2017, are not expected to staunch the bleeding. Analysts like Phillip Shen of Roth Capital Partners predict significant price declines along the solar supply chain, including double digit declines in solar modules. Shen cut his forecast by 40% to 35 GW from 52 GW before the policy change.

Why is China doing this?

China is the largest solar market in the world, and has installed capacity of around 130 GW, far greater than the U.S. at around 50 GW, and Japan’s roughly 46 GW. Yet the incentive system, including feed-in-tariffs which are essentially guaranteed prices at which the government will buy power from solar developers, has created an unwieldy solar monster.

Responding to these generous government incentives, solar installations have mushroomed, from 2.5 GW of cumulative installation in 2011 to around 130 GW today, according to figures from Shen at Roth Securities. But the end result has been a costly burden on consumers. China’s state-run renewable energy fund, financed by a surcharge on users’ energy bills, is in deficit by more than 100 billion yuan ($15.5 billion).

There is another problem: the majority of that capacity has been added in areas that don’t need it. In a 2017 study, Bloomberg New Energy Finance (BNEF) wrote, “Over 70% of China’s large-scale wind and solar projects have been installed in the resource-rich northern regions featuring low electricity demand and low export capacity.” Moreover, China’s “lack of transmission lines to export electricity from the renewable energy mega-bases has been the major cause of renewables curtailment.” Curtailment is stranded power that is generated but cannot get into the grid. BNEF says China’s renewable power generators “face the worst curtailment rates in the world, with the national average curtailment ratio in 2016 at 17% for wind and 10% for solar.”

Feed-in-tariff levels are notoriously hard to get right. In Spain, overly generous feed-in-tariffs (FIT) attracted a rush of solar investment; the FIT was paid by a surcharge on electricity, so consumers’ bills skyrocketed. Spain’s FIT was so generous that even energy-inefficient solar installations could make money, and quality suffered. Germany’s system was better designed. Each year the FIT ratcheted down, so that only the most efficient and technologically advanced entrants could profit.

This latest move on the government’s part should help China digest the capacity that has been already built. Indeed, China has big plans to build out its grid system. According to The Economist, State Grid, China’s state-owned electricity utility, is halfway through a plan to spend $88 billion on UHVDC lines between 2009 and 2020. BNEF emphasizes that China’s 13th Five-Year Plan is no longer focused on “stimulating the rapid build-out of new generation capacity but rather, on how to streamline investment planning and operation of the overall power system while avoiding incurring significant social and capital costs.”

Is China still committed to its solar targets?

Yes. China currently generates about 11% of its energy from non-fossil sources, and that is targeted to go as high as 20% by 2030. China solar expert Frank Haugwitz of Asia Europe Clean Energy Advisory (AECEA) estimates that by the end of 2020, China will have 200 to 215 GW of total installed solar PV generation capacity, which he feels is “in-line with China’s 200 GW target for total solar-installed base, proposed by China’s National Renewable Energy Center (CNREC) in the context of China’s Renewable Energy Roadmap in Nov 2017.”

Haugwitz also notes that government-run solar auctions for the Top Runner program–meant to encourage large-scale, highly efficient solar projects–yielded developer bids well below the FIT in Qinghai Province. The lowest bids came in at RMB .31/Kwh vs a .55/KwH tariff, and also lower than the regular on-grid electricity tariff. He feels this may have influenced the government’s decision to move away from subsidies.

“Grid parity is here in parts of China and is around the corner for other parts,” Shen said on a recent client call. To be at “grid parity” means that the unsubsidized cost of solar, driven by efficiency gain in manufacturing and falling prices, is competitive with traditional energy.

Cheaper solar cells, modules and wafers are good for companies like Sunrun (RUN), with a “downstream” business skewed toward project development; they benefit from lower component prices. But it’s a negative for solar manufacturing, an industry China has dominated since 2007, with the help of nearly $50 billion in loans and tax incentives from the government.

This move comes as a harsh blow to solar manufacturers like Jinko (JKS), JA Solar (JASO), Yingli Green Energy (YGE) and Canadian Solar (CSIQ), which are thin-margin businesses in the best of times, and are still highly dependent on Chinese demand. They have built out capacity aggressively–Roth’s Shen estimates module capacity grew 18% for the tier-one companies in 2017 and that another 18% was planned for 2018. Goldman analyst Richard Lee predicts industry capacity utilization will fall to 66% from 78%. Dr. Yuan Xu, Associate Professor in the Department of Geography and Resource Management at Chinese University of Hong Kong, said via email, “I believe that the Chinese government wants market competition to push the unhealthy [solar companies] out if they cannot innovate fast enough or reduce cost slower than others. The surviving firms could be competitive in the international market as well.”

Expect consolidation and asset sales over the next few years, as well as some bankruptcies, as the supply-demand imbalance corrects. We have already seen one move toward rationalization: GCL-Poly, the world’s leading polysilicon producer and the largest wafer supplier globally (it increased its wafer capacity by 62% in 2017, according to its annual report), announced it will sell 51% of its polysilicon subsidiary to Shanghai Electric.

When the industry goes into oversupply, no one is immune. Even firms like First Solar (FSLR), a U.S.-based producer of thin film solar with more cash than debt, a quiver full of long-term contracts and the enviable standing of being the highest-volume tariff free supplier in the U.S., will feel pricing pressure.