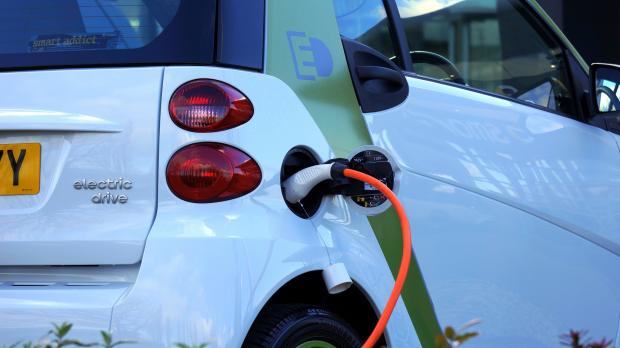 Electric powered vehicles are gaining immense popularity, thanks mainly to technological advancement, and improving cost economics. About 54% of new car sales and 33% of the global car fleet are estimated to be electric by 2040, per data from Bloomberg New Energy Finance.

A report by Frost & Sullivan released in early 2018, revealed that the electric vehicle market is sitting on the 1.2-million sales mark for the first time, with more than 165 models. China is spearheading the market with 48% market share followed by Europe with 26%. China’s push in the sector deserves a special mention as it is working to end sales of fossil-fuel-powered vehicles. The country is likely to lead the market for EVs for at least the coming five to seven years.

In the past nine months, more than 10 automakers have come up with their EV plans. If these plans are materialized, the sector will be able to manufacture and sell about 25 million units (of more than 400 models) by 2025, or 20% of all global cars sold, per Frost & Sullivan.

Per the source, Porsche looks to transform 50% of its cars to the electric mode by 2023. JLR seeks to turn to fully-electric and hybrid vehicles by 2020. General Motors, Toyota and Volvo have all fixed a target of 1 million EV sales by 2025. Plus, there are other automakers like BMW, Aston Martin and the Renault Nissan & Mitsubishi group that are considering lucrative EV plans. And why not? By 2020, EVs should cost similar to conventional fuel powered vehicles, per an article published on Forbes.

What About the Battery Industry?

Such an uptick in the EV market should give a boost to the battery industry as well. The EV charging infrastructure is yet to be developed. There are currently over 90,000 public charging stations globally, which is likely to increase to more than 120,000 in 2018.

Needless to say, the enthusiasm over the EV space has prompted ETF issuers to come up with EV and battery-related funds. Lately, there has been a surge in the launches of these ETFs, with which investors can ride this accelerating industry.

The fund, launched this month, looks to provide exposure to Lithium, Cobalt, Nickel, Manganese and Graphite via publicly traded stocks. Companies that are in the business of mining, exploration, production, development, processing or recycling of advanced battery metals and materials, get an entry card to the fund.

Launched in April, the fund gives exposure to companies involved in the development of autonomous vehicle technology, electric vehicles, and its components and materials. The 75-stock fund charges 68 bps in fees. United States has the highest focus with about 52% of exposure, followed by Japan (8.5%), Germany (7.9%) and South Korea (6.6%). Information Technology (43.57%) and Consumer Discretionary (32.57%) are the top sectors of the fund.

The 70-stock fund debuted in February. It measures the performance of companies that have business involvement connection to New Energy Vehicles and Autonomously Driven Vehicles. The gross expense ratio of the fund is 0.95%. (read: An ETF to Invest in Self-driving & Electric Cars).

Launched in January, the fund follows companies engaged in the production of electric vehicles or their components or engaged in other initiatives that may change the future of mobility. The fund charges 69 bps in fees. The United States holds 38.4% of the fund followed by China (21.7%) and Germany (15.3%). Information Technology (43.2%) and Consumer Discretionary (41.2%) are the top two sectors of the fund.

The fund invests in the full lithium cycle, from mining and refining the metal, through battery production. The United States holds about 41.68% of the fund while South Korea (13.63%), Australia (11.40%) and Japan (11.07%) get the double-digit exposure. The 34-stock fund charges 75 bps in fees (see all Materials ETFs here).