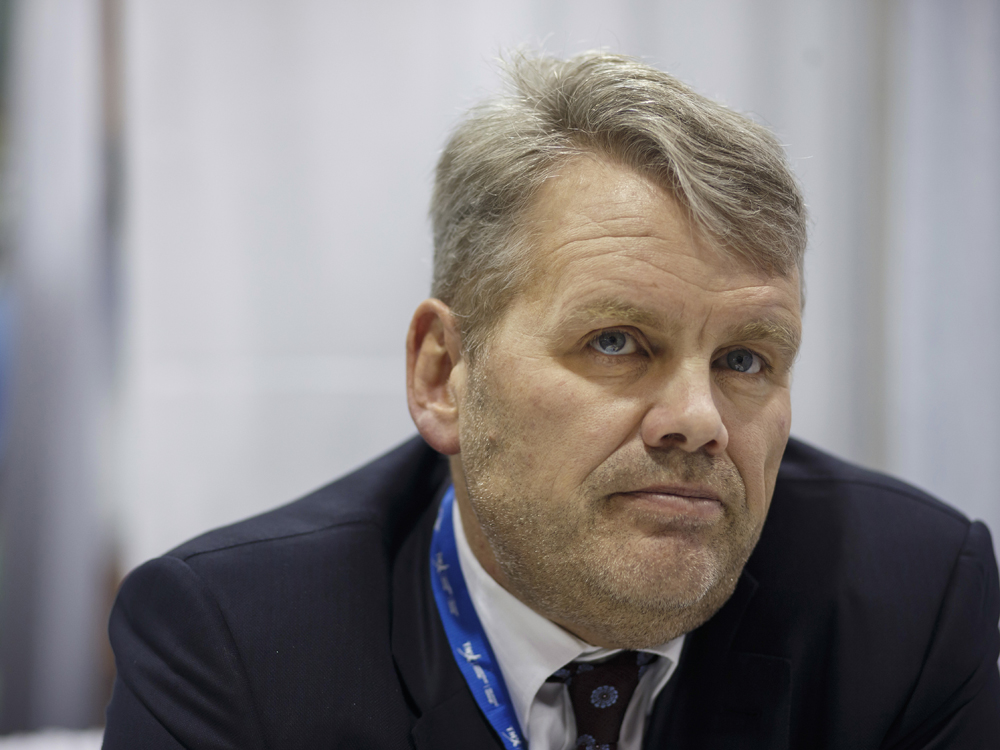 Cobalt has given the Voisey’s Bay mine — one of the world’s largest nickel deposits — in Newfoundland and Labrador a new lease on life this week in yet another sign of the growing influence that the electric vehicle industry already exerts on global supply chains.

Brazilian giant Vale SA on Monday announced it will sell most of the mine’s future cobalt production for US$690 million to finance a long-delayed $1.7-billion expansion, which will add an underground component to the mine and extend its life by 15 years.

Cobalt, long considered an industrial metal used as an alloy in jet engines and natural gas turbines, is increasingly in demand for use in lithium-ion batteries. Forecasts that the electric vehicle industry is set for major growth over the next decade have increased cobalt prices by more than fourfold during the past two years to US$80,000 per ton.

The Vale deal shows how rising cobalt prices can transform the economic viability of a mine. Last August, Vale put the Voisey’s Bay expansion on hold as nickel and copper prices (the two primary metals mined there) sagged. Prices for both metals have since rallied, but Vale said it is de-risking the project by using the proceeds from cobalt, a byproduct metal, to finance 40 per cent of its expansion.

The deal also marks the first time that Vancouver-based Wheaton Precious Metals Corp., which is leading the investment, has moved outside the gold and silver space.

“We are still focused on precious metals,” said Randy Smallwood, chief executive of Wheaton, “but what I see when I study the market changes is electric vehicles are here to stay, and they will eventually replace internal combustion carbon-based fuels.”

Under the terms of the deal, Wheaton will pay US$390 million in cash for 42.2 per cent of the mine’s cobalt and Toronto-based Cobalt 27 Capital Corp. will pay US$300 million for 32.6 per cent in exchange for an amount of cobalt equal to 75 per cent of the production from Voisey’s Bay, including the expansion, beginning in 2021.

In addition, each company will pay Vale between 18 to 22 per cent of the price of a pound of cobalt for each pound delivered — Wheaton is expected to receive about 2.6 million pounds per year while Cobalt 27 gets 1.9 million pounds.

The arrangement is only the second cobalt streaming deal — when a company pays cash upfront in exchange for future mineral production from a mine — and comes just weeks after Cobalt 27, which has been stockpiling cobalt and compiling a portfolio of royalties and streams on the metal, completed the first streaming deal in late May.

Investor reaction to the deal has been mixed. At midday on Tuesday, the stock price of Vale was up around 2.5 per cent to US$14.14, and Wheaton was up less than one per cent at US$22.22, but Cobalt 27 was down more than 12 per cent at $9.60. The latter has said it would issue 30.8 million shares at $9.75 to a syndicate of underwriters in a bought deal financing to fund its share of the deal.

CIBC analysts in a note published Tuesday said the deal could add $75 million in cash flow per year to Wheaton: “Despite the new stream, WPM remains very much a precious metals streamer, and should retain its premium multiples.”

Smallwood compared cobalt to silver, saying both metals are often produced as a byproduct in mines where some other metal occurs in greater quantity or has higher value. As a result, when the price of silver, or cobalt, rises, supply often takes longer to grow than metals that are mined as the primary metal.

“This isn’t just cobalt; it’s Voisey’s Bay cobalt,” he said, adding that 65 per cent or more of the world’s cobalt comes from the Democratic Republic of Congo, which has fewer environmental restrictions, a history of violence and war, and some mines use child labour.

Smallwood said cobalt, particularly from North America, could continue to rise in price.

But cobalt prices, while up overall on the year, have slightly softened in recent weeks to a little more than US$80,000 per ton from a late May peak above US$91,500, according to the London Metals Exchange.

Although some analysts are predicting a cobalt supply deficit, some still question how the supply-and-demand dynamics will play out, especially since there remains a wide range of predictions about how much electric vehicles will penetrate global auto sales.

In December, Bank of Montreal analysts forecast that electric vehicles would account for 10 per cent of global auto sales by 2025 while UBS analysts suggested 16 per cent.

John Tumazos, an analyst at Very Independent Research in New Jersey, who covers Wheaton Precious Metals, said the electric vehicle market is still quite small, representing around 0.67 per cent of all sales at the moment. He pointed out that car battery technology is in flux, and it’s not clear how much cobalt will be required for the average battery.

“I don’t question the growth of the electric vehicle market,” he said. “But I think it is entirely speculation as to which battery technologies will win out.”

But Smallwood, who said he has studied the battery market, pointed out China, India and other parts of Asia have already surpassed North America in terms of investing in the infrastructure needed for electric cars and cobalt is likely to be an important component of batteries.

“Obviously, we can’t build any protection into this,” he said. “We’re taking a gamble and investing in cobalt and if cobalt doesn’t wind up getting used, then we didn’t win.”

But, Smallwood added, he has no doubt about electric vehicles: “I’ve owned a Tesla for five years and I will never own a gas vehicle again.”