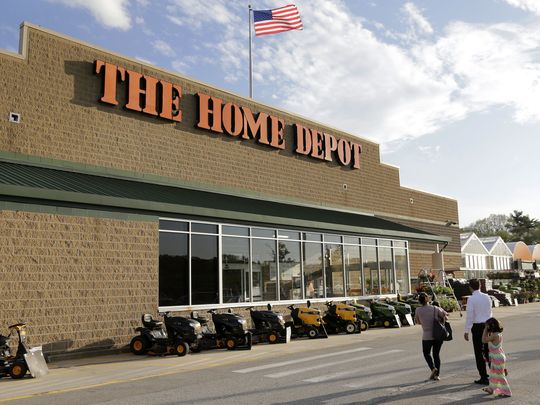 SAN FRANCISCO — The bombshell message of Elon Musk’s email to Tesla staff Tuesday was that 9% of employees would be let go as the company tightens its fiscal belt while in pursuit of boosted Model 3 sedan output.

But a few paragraphs into the CEO’s missive, which appeared on his Twitter feed, was equally big news: the company is pulling the plug on a new partnership with Home Depot aimed at growing sales of Telsa’s electric-energy collection and storage products through its recent SolarCity acquisition.

In opting not to renew a residential-sales agreement with Home Depot, Musk was ending an initiative that kicked off in February and was aimed at rebranding SolarCity solar sales as Tesla in 800 of Home Depot’s 2,200 locations.

A Home Depot spokesperson told USA TODAY that the company plans to continue to offer Tesla’s products in its stores through the end of the year, along with solar offerings from a range of other companies.

Musk said the reason for killing the deal was to “focus our efforts on selling solar power in Tesla stores and online.”

The CEO’s email noted that majority of those kiosk employees would be offered the opportunity to work in Tesla stores, where the company sells its electric cars, Powerwall electric-storage devices and its solar panels and solar tiles.

When the Home Depot partnership was announced a few months ago, it seemed like a quick way to bring to the masses Musk’s latest business vision: solar energy being collected on a roof, stored in a Powerwall and fed to the home and electric car.

Tesla’s Powerwall costs around $6,000, while its innovative glass solar-panel tiles — which costs considerably more than traditional roof-mounted solar panels — are just now starting to make their way onto rooftops.

Perhaps more than a statement about Tesla’s solar sales inside Home Depot stores, the change of plans is a reflection of the company’s increased focus on its critical entry-level electric vehicle, the Model 3.

“Like the employee reduction, the withdrawal from Home Depot is another indication that Elon is focusing on Tesla’s do-or-die task, consistently produce Model 3s at a high volume,” says Karl Brauer, executive publisher for Autotrader and Kelley Blue Book.

“This focus may come from board pressure or Elon himself, but either way it’s critically important if Tesla wants to remain a viable player in the personal transportation industry,” he says.

While the synergistic opportunities of the SolarCity deal appealed to Tesla fans, some analysts were critical of adding yet another business challenge to Musk’s plate, which already includes flying SpaceX rockets and drilling Boring Company tunnels.

Much was also made at the time of the 2016 purchase that SolarCity’s CEO was Musk’s cousin, Lyndon Rive. Musk already was one of SolarCity’s largest shareholders.

Tesla paid $2.6 billion to absorb the solar company, whose panel manufacturing plant is in New York. Tesla’s mushrooming Gigafactory in Nevada is busy producing cells for both Tesla cars and its Powerwall and Powerpack storage units.

Musk recently announced at the company’s annual shareholder meeting that a second Gigafactory would be built near Shanghai, though details about the project remain scarce.