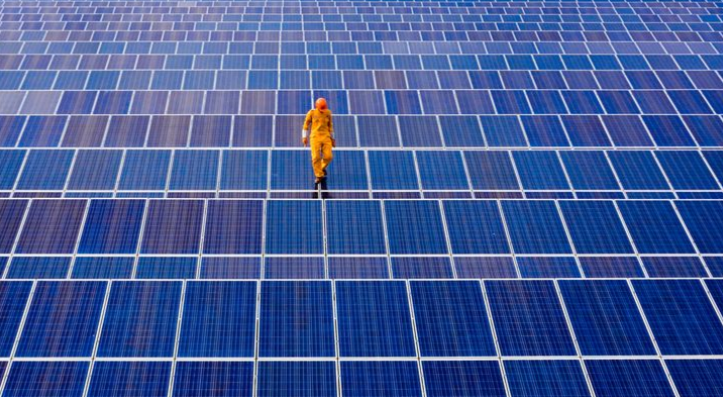 Solar stocks have crashed, and China is the reason. China, facing high costs in adapting to increased solar capacity, halted approval for new solar installations for the rest of 2018 and cut the feed-in tariff, a primary subsidy driving the business, by 50%.

The move turned what had been a pretty good year for solar stocks into a horror show.

The rout continued through the week, and extended to stocks that have little to do with China, like First Solar, Inc. (NASDAQ:FSLR), which dropped from $68 per share to about $53 per share in five trading sessions.

Solar Stocks and the Storage Problem

The reason China acted is simple.

Grid-scale solar needs storage. Companies that sell storage, like Tesla Inc (NASDAQ:TSLA), are increasing production as quickly as they can.

Storage deployments increased 161% in the first quarter, spurred by the success of Australia in ending regular blackouts with help from Tesla Powerpacks.

Residential demand for storage is also increasing, with 36 megawatt-hours installed during the first quarter alone.

This has yet to reflect positively on storage-related solar stocks, however. Panasonic Corporation (ADR)  remains down for the year, Albemarle Corporation (NYSE:ALB) is off 40% from its high for the year, and Tesla has, despite its volatility, gone exactly nowhere.

The collapse has happened despite solar power falling below coal in price, and starting to approach the cost of natural gas.

The cost gap is real and growing. Wind or solar farms, backed by batteries, can ramp up production faster, and offer more flexibility to utilities, than even natural gas.

The only thing keeping fossil fuels in the game is their sunk capital costs, infrastructure renewables have yet to build.

No Place to Hide

That is the heart of the problem. Demand for lithium-ion batteries is surging, not only in utility-grade power, but in cars and electronics as well.

Scaling the battery production chain in line with the growth of demand is going to remain a challenge.

The moves by China appear to be a short-term fix, aimed at getting supply and demand of the solar power supply chain into balance.

Many rural utilities where wind is abundant find getting to 100% renewable power is both cheap and easy and Mid-American Energy, owned by Berkshire Hathaway Inc. (NYSE:BRK.A), recently announced it will soon be 100% renewable, thanks to abundant Iowa wind.

The Bottom Line on Solar Stocks

In the near term, China’s moves to get storage in line with solar supply, and the Trump Administration’s efforts to subsidize coal and nuclear power, are going to hold down renewable energy stocks.

But in the longer term, two or five years down the road, the lower costs of renewables are irresistible. That is not even counting the environmental benefits.

It will take time for renewable energy stocks to recover from the China blow, but they will recover. The same can’t be said for how coal and nuclear can react to the competition once the scaling of solar is completed.