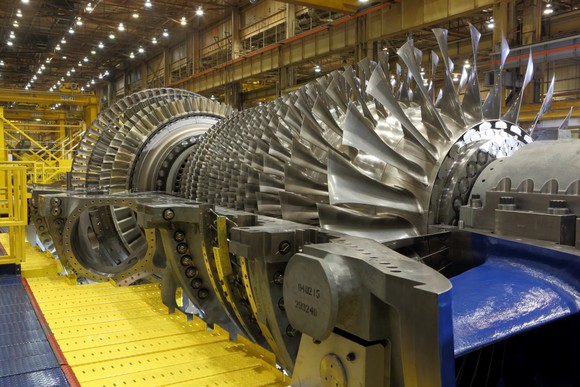 GE stock has plunged in recent weeks, giving up most of the gains it had made following the company’s solid first-quarter earnings report.

In April, General Electric (NYSE:GE) reported better-than-expected results for the first quarter of 2018. This eased investors’ fears about the struggling industrial conglomerate, allowing GE stock to rally past the $15 mark after hitting a multiyear low of $12.73 in late March.

Since then, a combination of negative analyst reports and rumors that General Electric might cut its dividend again have taken all of the air out of GE stock. Last week, the share price fell back below $14. 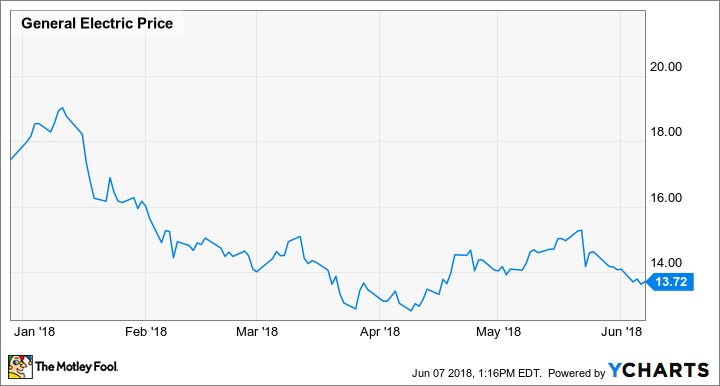 There hasn’t been any real negative news about General Electric to drive the stock’s sharp retreat over the past few weeks. In fact, GE continues to make steady progress with its plan to simplify the company and strengthen its balance sheet. As a result, this could be a good time for long-term investors to scoop up shares of GE stock at a discount.

No real news, but the same old worries

JPMorgan Chase analyst Stephen Tusa — one of the most prominent GE bears — has published sharply critical research notes in each of the past two weeks. These reports seem to have sparked much of the recent selling in GE stock.

In the first report, Tusa argued that GE Capital is undercapitalized after taking two big special charges in the first few months of 2018. As a result, he said that GE’s financial subsidiary may need to sell $22 billion of assets above and beyond its existing asset sale plans — or alternatively it may need a $3 billion capital contribution from the parent company.

In the second report, Tusa claimed that General Electric as a whole needs an extra $30 billion to $40 billion of capital to meet credit rating agencies’ targets and/or match peers’ debt levels. GE should sell its stake in Baker Hughes, a GE Company (NYSE:BHGE) and cut its dividend to achieve this level of debt reduction, according to Tusa.

Notwithstanding many investors’ concerns about GE’s balance sheet and cash flow, the company expects to produce $6 billion to $7 billion of free cash flow this year. That’s more than enough to cover its quarterly dividend of $0.12 per share, which costs about $4.2 billion a year. GE’s ongoing asset sales will provide additional firepower for debt reduction. Lastly, GE is getting a steady influx of cash from Baker Hughes as the latter executes a $3 billion share buyback program.

In other words, General Electric has no inherent need to raise cash urgently. Instead, a big part of the bear case for GE stock revolves around the idea that the credit rating agencies will strong-arm the company into raising cash to avoid further downgrades.

However, GE maintains a solid A-level credit rating. A one-notch downgrade wouldn’t be that concerning, as it would leave the company comfortably within investment-grade territory.

Furthermore, credit rating agencies aren’t demanding urgent action. For example, Moody’s has said that it would downgrade GE’s credit rating “in the absence of continuing progress” to reduce leverage. This doesn’t imply that General Electric needs to achieve its leverage target in 2018 — or even in 2019 — as long as it is moving steadily in that direction.

Based on GE stock’s Thursday closing price of $13.77, the company has a market cap of about $120 billion. GE’s stake in Baker Hughes — which it is likely to divest after a lockup period expires in mid-2019 — is currently worth $25 billion. Furthermore, the market value of General Electric’s deal to sell GE Transportation to Wabtec is more than $12 billion. A handful of other $1 billion-plus divestitures are in the works, too.

Thus, investors are valuing the remainder of GE — including its highly profitable and growing aviation and healthcare franchises — at less than $80 billion.

The aviation and healthcare businesses together posted pre-tax earnings of nearly $9 billion in 2017 (adjusted for a recent accounting change). Those two segments’ strong order volumes and stellar long-term growth prospects could enable them to double their earnings by the mid-to-late 2020s on a combined basis.

Considering General Electric’s long-term earnings growth potential — which doesn’t depend on a return to glory for either its power business or GE Capital — the company is worth far more $80 billion. GE stock is on sale, and I am strongly considering buying more in the next few weeks.