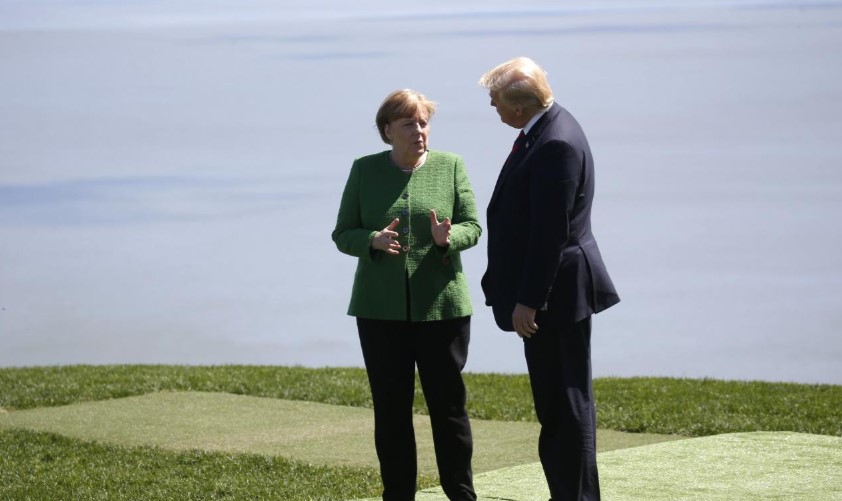 Trump’s announcement on Twitter, after leaving the Group of Seven summit in Canada early, that he was backing out of the joint communique torpedoed what appeared to be a fragile consensus on a trade dispute between Washington and its top allies.

“The withdrawal, so to speak, via tweet is of course … sobering and a bit depressing,” Merkel said in an ARD television interview following the G7 summit.

The summit did not mark the end of the transatlantic partnership between Europe and the U.S., Merkel said. But she repeated that Europe could no longer rely on its ally and should take its fate into its own hands.

Like Canada, the European Union is preparing counter-measures against U.S. tariffs on steel and aluminum imports, in line with World Trade Organisation rules, Merkel said.

“So we won’t let ourselves be ripped off again and again. Instead, we act then too,” Merkel said in an unusually combative tone.

Asked if she was concerned that Trump could retaliate against EU counter-measures by imposing tariffs on cars, Merkel said: “First of all, we’ll try and see if we can prevent this… And then hope that the EU will respond again in the same unity.”

Merkel said the G7 leaders had agreed to review their trade ties and assess the scope of existing tariffs in order to avoid further trade barriers.

The center-right leader said a tariff-free area among G7 allies would be an ideal outcome, but she made clear that any talks about such a trade bloc would have to include non-tariff barriers to trade as well as free access to public tenders.

Turning to Russia, Merkel said she could imagine Moscow re-joining the G7 format at some point, but there first had to be progress in the implementation of the peace plan for Ukraine.

Russia was pushed out of what was then the G8 after it annexed Crimea from Ukraine in 2014.

Merkel said she expected Italy’s new coalition government to vote for the extension of European sanctions against Russia.

Touching the thorny issue of Germany’s relatively low defense spending, Merkel acknowledged that Trump’s criticism was partly correct and that Berlin had to do more to reach NATO’s goal of spending to 2 percent of economic output on defense.

“Trump is in a way right. And that’s why we need to increase our defense spending,” Merkel said.