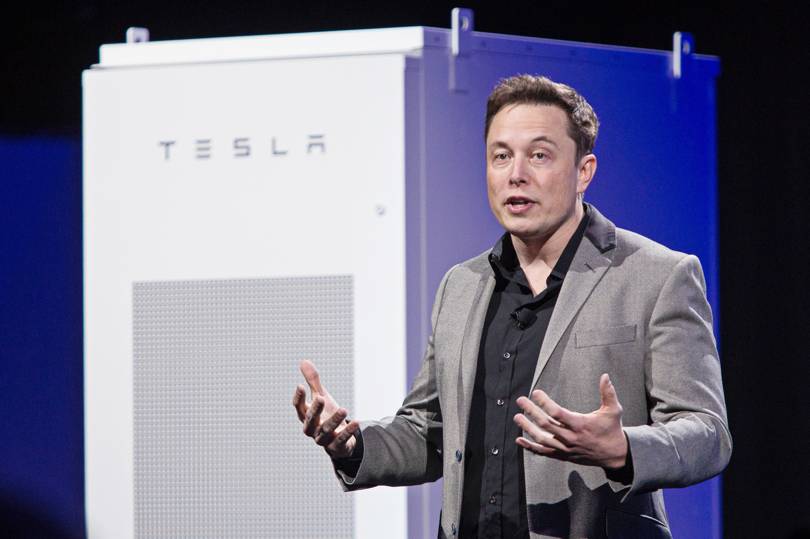 It’s the world’s first grid-scale liquid air energy storage plant – and with off-the-shelf components, it’s relatively easy and cheap to build and to scale. Air is cooled down, made liquid, and stored in tanks for weeks until you need electricity again. Sounds pretty cool, doesn’t it?

While it’s certainly a moment of success for alternative energy storage, don’t break out the confetti yet: lithium ion isn’t about to give up its crown, says Dan Finn-Foley, a senior analyst at GTM Research. In the US alone, li-ion battery technology accounts for more than 95 per cent of annual storage deployments. But batteries, even the most efficient ones, fail to store energy for longer than a few hours.

So where does it leave solar and wind power, with their need to smooth out the supply peaks and troughs?

“Alternative energy storage could be a holy grail for the grid, a missing link that could get us towards renewables much faster,” explains Ravi Manghani, the director of the energy storage section of GTM Research.

One thing is certain: without reliable energy storage technology, the world will struggle to wean itself off dirty coal and other fossil fuels. If an economy and society wants to rely on renewables on a massive scale, it needs a backup solution. Renewables are growing fast – last year, 29 per cent of all electricity in the UK was generated by renewable energy plants; in Germany, it was 33 per cent.

But the sun doesn’t shine at night, and wind doesn’t always blow. Right now, the storage market is dominated by lithium ion battery technology, but despite Tesla’s worldwide total of one gigawatt-hour of energy storage, the available batteries can last about eight hours tops. “We absolutely must install multiple days worth of energy storage – we can’t get away with four to six hours only,” says Manghani.

Hornsdale Power Reserve 100 MW storage system can provide 129 megawatt-hours of electricity and is connected to the Hornsdale Wind Farm. Its primary aim is to increase grid stability during system contingencies events like extremely hot summer afternoons, or when a large gas plant will trip – it improves the grid’s ability to cope with small blips in energy generation, which typically means replacing about one to one and half hour of energy supply.

“It’s designed to handle very short duration contingency needs,” says Finn-Foley. That’s why batteries simply can’t provide peak power, or compete with and replace so-called ‘peaker’ plants – power plants like natural gas power stations that are only switched on to fill the gap at times of peak energy demand. They also can’t help extend the use of solar power to later in the day. “You’ll need 10 to 12 hours of continuous discharge duration, which means you’ll need four times the battery or more,” says Finn-Foley.

Currently, the best long-duration energy storage solutions are thermal storage, pumped hydro, compressed air energy storage – and the newest kid on the block, liquid air energy storage. There are also alternative battery technologies such as flow batteries, which researchers believe may one day scale up to discharge energy for longer than lithium ion.

At the end of the day, though, it all comes down to cost. And developing and operating novel tech is not cheap. The cost of lithium ion batteries, meanwhile, keeps on plummeting, thanks to the ever-surging demand for consumer electronics and electric cars, with all the giga and megafactories mushrooming around the globe. Over the past few years, li-ion battery prices dropped by more than 60 per cent – and are expected to fall by another 40 per cent by 2022.

These cost drops are impressive – but while batteries are good for providing power over short timescales, they quickly get very expensive for storing large amounts of energy over hours and days.

What is liquid air energy storage?

Enter LAES. First dreamt up in the 1970s in the UK and then toyed with in the 1980s and 90s by Hitachi and Mitsubishi (without any proper pilot plants though), this tech has the potential to scale up at low cost, says professor Yulong Ding at the University of Birmingham, who together with Highview developed the technology.

LAES works by using electricity from the grid to cool atmospheric air until it liquifies, and then storing it in big tanks at low pressure at –196C – at a fraction of the air’s original volume. “The working principle is quite similar to a domestic fridge – just the temperature and pressure ranges are different,” says Ding. The air can stay in the tanks for weeks and even months, dissipating slowly – and the better the insulation, the slower it will vanish. “It can easily be kept in tanks for about two months,” adds Ding.

When you need to generate electricity, you just have to heat the air to ambient temperature. In the process it will expand a whopping 700 times, creating a lot of air pressure that can be used to spin a turbine in the same way that, say, steam would in conventional generators – and produce electricity.

Because it’s so similar to a traditional fridge, the individual components of LAES for cooling, storing, and re-pressurising gases can be bought quite cheaply off the shelf. “These are well-understood, decades and centuries-old processes that are highly cost-efficient,” says Finn-Foley. The only novel bit here, says Ding, is the integration of the different parts in the most-optimised way.

LAES is not that efficient, though: Tesla’s battery in Australia is 88 per cent efficient, while LAES is 60 to 70 per cent, says Manghani. But as batteries can only store energy for a few hours, if they need to supply energy for longer, they quickly get very costly.

LAES also cannot respond to grid signals in a matter of milliseconds like batteries do. On the upside, the liquid air project can provide energy in bulk, around a day’s worth of it (although the pilot can store just 5 MW of electricity – enough to power roughly 5,000 homes for about three hours; on a commercial scale, Manchester’s LAES plant could have the capacity of 50 MW).

Still, as the liquid air energy storage is so cheap and can scale easily, it could, potentially, fill a crucial gap in the successful energy ecosystem geared towards renewables. Why, then, is it just the UK looking into it? Jonathan Radcliffe, an energy researcher at the University of Birmingham, has a simple answer: because of the UK’s ambitious plans for electricity generation from offshore wind in the 2020s. Also, he adds, “as an island, we have fewer connections to other electricity networks that could help balance supply and demand”.

Manghani is even more prosaic: the world isn’t ready for LAES just yet. Even at the scale of current use of renewables in countries like Germany and Australia, “there is no market out there that needs such longer duration of storage solutions,” he says – experimental plants like LAES are looking for a problem that doesn’t yet exist. But in a decade from now, once solar panel arrays and wind turbines produce more than 60 or 70 per cent of our energy, long-duration storage will be crucial. And we can’t wait a decade to start finding a viable solution, says Manghani – we have to get ready now.

Highview claims that overall, LAES plants will be cheaper than lithium ion; if that’s confirmed at scale: “I expect the technology to go global quickly,” says Finn-Foley. But first, it has to start competing in multiple markets and applications, and existing regulations, as well as incentives to invest in energy storage, are a challenge.

The LAES plant “will need to operate for some time to demonstrate that they have truly worked out the kinks, says Finn-Foley. It also has to prove viability, which is tricky for a project that is supposed to run for decades. “Batteries degrade and must be replaced – but proving a forty-year lifetime is hard to do until you’ve run it for 40 years,” he adds.

But in the end of the day, alternative technologies aren’t trying to usurp li-ion’s throne, but “carve out their own kingdom, with applications and use cases that they think they can do better,” he says. “So far they have been unsuccessful, but a pilot project proving cost-effectiveness is a crucial step.” For the next five years though, he says, “lithium ion will keep the crown”.