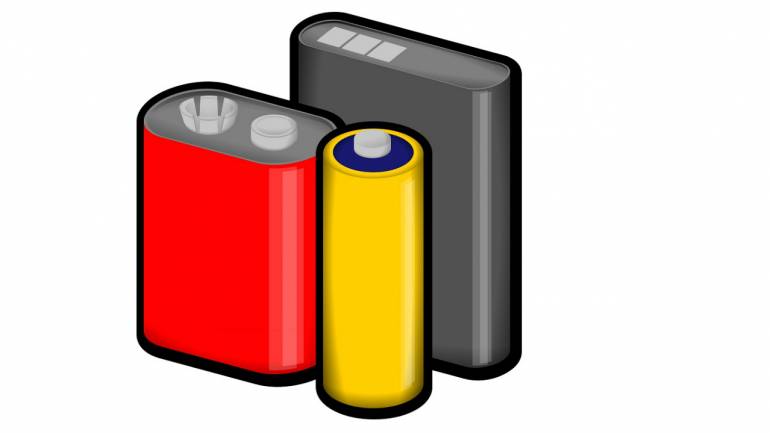 India will soon be able to manufacture lithium-ion batteries and will not be dependent on China for importing the key component used in electric vehicles as the government accords “top priority” to pushing e-mobility, Union Minister Anant Geete said today. The minister said steps have already been taken up by the government to start manufacturing of lithium-ion batteries in India.

“At present the world needs to import lithium ion batteries from China and Rs 50-60 lakh is only the cost of the battery (for buses). If the battery cost is reduced the total cost of electric vehicles will become affordable and commuters will also have to pay less,” Geete told reporters here on the sidelines of launch of electric bus by Goldstone-BYD.

He further said, “My ministry has made efforts in this direction and soon we will be able to manufacture lithium-ion batteries in India.”

The minister launched Goldstone-BYD’s ‘eBuzz K6′ electric feeder bus, the first made in India electric bus to be exported to Nepal.

A panel headed by Cabinet Secretary P K Sinha had recommended commercial use of ISRO’s lithium-ion battery technology under the ‘Make In India’ initiative for electric vehicles, official sources said.

Besides, the minister said a “good policy” is being formulated under the FAME II scheme to boost electric mobility in the country.

He said there is a need to migrate from petrol and diesel to electric mobility in view of rising pollution concerns.

The minister said the government has accorded top priority to convert public transport to electric mobility under FAME II.

Replying to a query on the expression of interest (EoI) floated earlier for electric buses, Geete said, “We received EoIs from 10 states and around 400 buses have been allotted to these 10 states. However, Delhi did not accept it, this is the reality and therefore we were unable to allot electric buses to Delhi.”

According to the minister, demand has to come from state government and the Centre can only provide incentives.

“Therefore the initiative has to come from the state,” Geete said.

The department of heavy industries had in December last year sanctioned Rs 440 crore to 11 states for procurement of electric buses, electric taxis and e-autos as a pilot project under FAME India scheme for public transportation.

Joint Secretary in the Heavy Industries Ministry Vishvajit Sahay said the government looks forward to value addition in India by Chinese EV major BYD so that it becomes eligible for incentives by the government.

BYD has a tie-up with Goldstone Infratech in the country.

Elaborating on the company’s plans in India, Executive Director of BYD Zyang Jie said: “We are going to introduce and adopt the latest technology (in electric mobility) to India, make the product in India and export overseas.