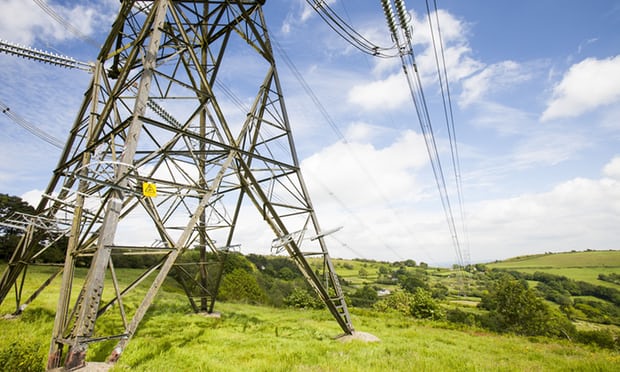 A pioneering project in north-west England will turn air into liquid for energy storage to help electricity grids cope with a growing amount of wind and solar power.

The world’s first full-scale “liquid air” plant is based on a technology that advocates say is cheaper and able to provide power for longer periods than lithium-ion batteries.

The demonstration scheme next to a landfill site in Bury, Greater Manchester, uses excess or off-peak electricity to chill air to -196C, transforming it to a liquid state to be stored inside large metal tanks.

Pumping and heating is used later to turn it back to a gas, which is released to turn a turbine, generating electricity at times of need – but without burning the gas and releasing emissions.

While relatively small at 5 megawatts (MW) compared to 50MW lithium-ion battery facilities being built by firms such as EDF Energy, Highview Power said the technology could be scaled up to hundreds of megawatts.

Gareth Brett, the company’s chief executive, said the technology could timeshift energy across the day, with the firm buying electricity when cheap and releasing it when prices are higher.

“If you only want to store energy for an hour, lithium-ion is fine but the reality is what people are looking to do is store excess renewable power and release it at peak times, which is usually four hours or more,” he said.

Brett admitted the liquid air process is less efficient than storing electricity in batteries but pointed out that the storage does not degrade over time, as lithium-ion cells do.

Highview Power is already exploring sites for a much larger, 50MW storage facility and pitches the fact it can be located anywhere as one of its selling points. The firm has opened a US office and is also eyeing export opportunities in mainland Europe and Australia.

The 690-square metre Bury facility officially opens on Tuesday, funded with £8m of government money. However, Brett said the technology was ready for commercialisation and could succeed with subsidy, and the firm has raised £25m of private investment for more projects.

Large-scale energy storage is seen as increasingly vital to help the National Grid and local energy networks cope with the fast-growing levels of renewables, whose output varies depending on the amount of wind and sunshine.