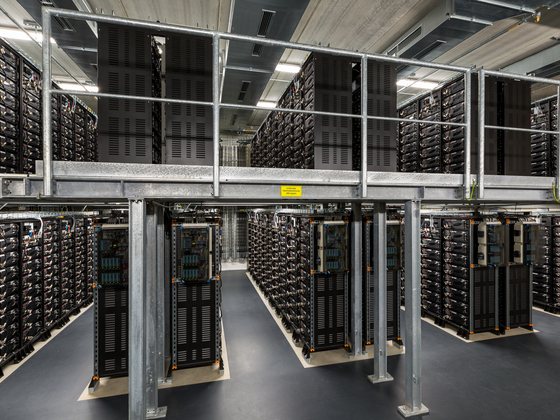 It’s not as easy as it sounds.

The problem is this: People want batteries that have a long cycle life, produce high energy, and don’t cost a lot. But no existing battery can deliver more than two of those things. Gallaway studies materials for batteries with the ultimate goal of solving the trilemma—or at least coming closer than we’ve ever come before.

His research is particularly timely as demand increases for batteries that can power an entire home, off the energy grid. As climate change becomes a more pressing threat, Gallaway said, our energy use must shift from reliance on fossil fuels to renewable sources.

“That will have to happen if we’re going to survive with society looking the way it does today,” said Gallaway, DiPietro Assistant Professor of Chemical Engineering.

Three categories of batteries have become ubiquitous in our daily lives. Lithium ion batteries are used in mobile devices, such as cell phones and laptops. Zinc alkaline batteries—like those Duracell batteries you use in small appliances around the home—power a wide range of electronics. Lead acid is the type used for many home batteries, and also in cars to start the engine. All of these batteries are useful, but none of them is perfect.

Lithium-ion batteries come with a potential drawback that made headlines two years ago. Cut one open and an organic liquid called carbonate leaks out. That is what makes Li-ion batteries flammable, as was highly publicized back in 2016 when so many Samsung Galaxy Note 7 phones with faulty batteries were spontaneously exploding.

This is the flaw Gallaway sees in the lithium ion batteries some manufacturers have been marketing as home batteries.

“I don’t think it will ever be a big thing,” he said. “I believe lithium-ion batteries will never be widespread in your home or your building or the electrical grid, and that’s because they’re fundamentally not safe enough.”

He favors the home batteries many people already use in places like India where the energy grid is spotty. Most of these batteries are of a type called lead acid, which is water-based and inherently safer. But they have to be very large to be effective, which might make them less attractive to American homeowners with tiny basements.

The larger picture for batteries has to do with the existing sources of renewable power: nuclear, hydroelectric, solar and wind. The safety of nuclear power is contested, hindering its widespread deployment. And in the United States, nuclear power plants have been closing, priced out of the energy market in an era of cheap natural gas. Hydroelectric is essentially maxed-out—there are only so many rivers to dam.

That leaves solar and wind, both of which are only available intermittently. And that’s where batteries come in. Batteries can store electricity, capturing the energy produced sporadically by wind and solar and saving it for later use.

But some batteries are better at this than others. A battery’s ability to hold electricity depends on the materials the battery is made of.

For example, one component of many lithium ion batteries is cobalt, a metal whose oxide serves as the cathode host material. When the battery is switched on, charged atoms called ions are transported into layers of cobalt oxide, where they sit, in a low energy state. Reverse the current (i.e. recharge) and the ions disperse, like bees fleeing the hive, returning to a high energy state. This process makes the battery work.

Cobalt oxide, Gallaway said, is the “vanilla” of battery host materials. It’s widely used and well-understood. And when engineered safely, it works well—in smartphones, watches, thermometers, and countless other devices we rely on every day.

But what if some other combination of materials produced an even better battery?

Gallaway is on it, part of a new wave of scientists using increasingly advanced tools, like state-of-the-art electron microscopy and ultramodern synchrotron particle accelerator facilities.

Gallaway is using these new technologies to see molecular structures in greater detail than ever before, with the hopes of understanding materials more fully, or discovering new ones to solve the battery trilemma.