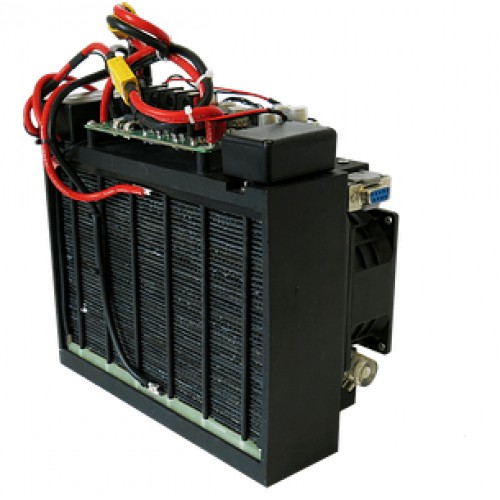 Sure, we’ve got the nation’s two largest makers of fuel cell generation plants, along with other companies in the business.

And in the Apollo days of man on the moon (should have sent a couple of women but that’s for another day), United Technologies Corp. developed the fuel cell-based power to make it happen, right here in Connecticut.

Despite that history, we’ll just have to see in a couple of weeks whether the Connecticut fuel cell claim is still true.

For the fifth time in six years, the state Department of Energy and Environmental Protection is about to pick clean energy and renewable fuel generation projects: offshore wind; anaerobic digesters that create methane; and fuel cells — not solar this time around.

The winners, as always, become eligible for long-term contracts with Eversource and United Illuminating.

DEEP hasn’t exactly smiled on fuel cell plants in these contests. In fact, the agency picked not one single project in the previous four rounds from FuelCell Energy of Danbury, Doosan of South Windsor or a handful of private developers seeking fuel cell contracts.

Not one. In the last pair of rounds in the fall of 2016, the total was 20 solar, seven wind and zero fuel cells.

This perplexes executives in the industry and their supporters. Fuel cell projects spin off economic benefits to Connecticut including hundreds of jobs and hundreds of millions of dollars in taxes — unlike typical wind and solar projects, which provide clean energy benefits but are largely made and located elsewhere.

“We once upon a time were loved by the state of Connecticut,” said Jennifer Arasimowicz, the FuelCell Energy general counsel.

Last time around, FuelCell Energy laid off 97 people, 17 percent of its workforce in Torrington and Danbury, immediately after losing the bids. The irony: The state had just given the publicly traded company a $30 million package to expand the Torrington plant.

Will it be different this time?

“I can’t imagine the state of Connecticut doing the same thing again,” said David Giordano, a government relations and business development executive at Doosan Fuel Cell America, a unit of a South Korea-based corporation. “Maybe I shouldn’t be so naïve.”

DEEP sees no loss of love. “The state overall has been significantly supportive of the industry,” said spokesman Chris Collibee, who cited several programs and $700 million in benefits for the industry.

What we have here is a disconnect. The reason is partly price. Last time, in 2016, Commissioner Rob Klee and other DEEP officials said the fuel cell bids came in generally higher than the wind and solar. But that doesn’t explain the whole issue and it appears some of the fuel cell projects beat some of the winners on price.

“There has been a shift at the DEEP, a policy shift towards zero-carbon resources and those seem to be valued more highly,” Arasimowicz said.

As a case in point, the DEEP strategic plan calls for fuel cells to lose their status as Class I renewable energy sources. That makes sense on one hand, as fuel cells use natural gas, which of course is not renewable, at least over the next billion years.

But they are highly efficient and they are free of pollutants since the technology is a chemical reaction that creates heat, water and electricity.

Moreover, fuel cell plants run almost all the time at exactly the location where they’re needed. That means every megawatt of fuel cell power reduces the need for expensive transmission lines and totally eliminates the need for an equivalent amount of available generation in the region.

Solar and wind have no such advantages because they’re often far from switching stations and they’re useless when the sun don’t shine and the wind don’t blow.

“Offshore wind, it’s hard to justify how that will help Connecticut,” said Michael Coskun, general manager for sales and business development at Doosan. “We see it as something incredibly expensive and not even benefiting the ratepayers directly.”

Seeing all this, the General Assembly sweetened the deal for fuel cells. In 2017, the law was changed so that DEEP “shall” consider economic factors, from “may” consider. And this year, with very large offshore wind plants threatening to gobble up virtually the entire allotment, lawmakers upped the total by about 60 megawatts, to as much as 270 megawatts, more or less.

One Doosan project would bring natural gas to Stonington, enabling businesses such as the Mystic Marinelife Aquarium, which runs on propane, to expand. Another would support a data center in New Britain, which some advocates say the state desperately needs in order to keep and attract tech companies.

One FuelCell Energy project would put back into use a Bristol industrial site that the state paid millions of dollars to clean up.

“We firmly believe that energy, economic and environmental policy are, or should be, tied together,” Arasimowicz said.

She acknowledges the need for many clean energy sources as the state meets its own tough standards. But take the 791 megawatts of state-sanctioned, ratepayer-financed solar and wind projects approved in prior bids for locations outside of Connecticut.

“If half of those had been in-state fuel cell projects, there would have been $341 million in sales and property tax revenue” for the state and affected towns, Arasimowicz said.

And that doesn’t even count the jobs.

Locally based solar and wind projects could spin off some of the same benefits in theory. But they take up vast amounts of real estate, while fuel cells can tuck into industrial lots — and if Connecticut has anything, it’s small, underused industrial spaces.

Fuel cells will most likely break the five-year hex next month. We’ll see how seriously DEEP wants the industry to thrive based on the number of fuel cell choices in the batch.