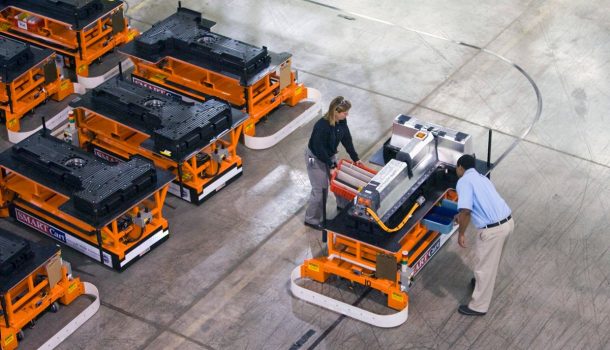 As we hurl ourselves into the the glistening, unknown future, we are continuously confronted with new obstacles. While we’re good at coming up with solutions to new problems, there are plenty of important questions left hanging in the air as technology pushes us onward. Why do we keep working longer hours as more things become automated? How to we ensure that sentient machines do not decide to kill us? Why are there still so many people that use the speaker function on their phones in public places?

In the automotive realm, autonomous driving and battery technology are the golden geese of progress right now. While driving aids are becoming ever-more impressive, truly self-driving cars are a little further out than most manufacturers would like to admit. Meanwhile, electric automobiles are already here and tangible as hell. You could have one tomorrow if you wanted.

The issues associated with autonomous vehicles are beyond complex. In addition to deciding how to develop the technology effectively, a myriad of questions exist as to the legal ramifications of its implementation and how its very existence could change society. Electric cars are more straightforward, and the problems they face are predominantly logistics oriented. But they’re about to face a monumental hurdle in a few years.

Cobalt is an essential part of rechargeable batteries and the vast majority is mined in one place — the Democratic Republic of the Congo (DRC). While China, Russia, Australia, and Zambia, also pull the element from the Earth’s crust, the Congo produces more than the rest of them combined. But even at its current rate, analysts don’t think it will be nearly enough to support EV production in the coming years.

Earlier estimates had cobalt shortages occurring sometime within in the next decade. Most automakers intend to expand their EV production exponentially over the coming years, resulting in a demand for cobalt that will multiply eightfold by 2026. By then, manufacturers will require over 300,000 metric tons of cobalt per year, according to Scientific American. The current global demand record for the blueish metal, set last year, was 100,000 metric tons. Car builders will be asking for thrice that, forcing them to compete with other industries that also need rechargeable batteries.

Estimates for the world’s total mining capacity for cobalt, in a best-case scenario, sits around 290,000 metric tons per annum by 2025. In other words, it probably isn’t going to be enough.

Worse still is that automakers are supposed to continue growing their battery powered fleets throughout the coming decade while other industries continue expanding their own battery production. Even the most conservative estimates have car companies requesting over 350,000 tons by 2030. But those are the old estimates. Bloomberg New Energy Finance (BNEF) recently revised its estimates, stating that Cobalt shortages are likely to appear earlier than previously forecast.

“The long lead time to bring on new mines and the concentration of cobalt reserves in the Democratic Republic of the Congo mean there is a real possibility of supply shocks in the early 2020s,” BNEF claimed.

With most mines already operating near capacity and a global shortage looming, cobalt prices have skyrocketed over the last few years. In some markets prices are currently at almost 300 percent of what they were in the start of 2016. “If capacity does not grow as planned, cobalt prices could continue to spike and there could be a major cobalt shortage,” said the analysts. “This would have serious implications on the electric vehicle market.”

Without new operations commencing by 2020 at a significant volume, shortages could begin by 2022. But that doesn’t address the ever-present political instability in the Congo or the widespread, and complicated, child labor issues associated with mining in the region. In 2016, Amnesty International charged itself with bringing companies to task that might use batteries with materials sourced from the DRC — including automakers. But the problem with that is, if they aren’t getting cobalt from the Congo, then they are probably won’t have any to put into their cars.

One possibly way to circumvent the issues is to produce batteries that use less cobalt. Chinese manufacturers, like BYD, intend to implement high-nickel/low-cobalt cells this year. The nickel-manganese-cobalt ratio not only lessens the need for cobalt, it also extends the lifespan of the battery — highly important for automotive applications. Likewise, recycling efforts could also reduce the need for mining raw materials. Unfortunately, even the new battery tech requires the use of cobalt and recycling is somewhat inefficient (and produces pollutants as a byproduct).

Many battery manufacturers are already doing everything they can to procure materials as a possible shortage approaches. Last month, LG Chem announced it has agreed to set up two new joint ventures with China’s Zhejiang Huayou Cobalt to secure metals as automakers get hungrier for batteries. But all the big players are making moves.

The good news is that, with cobalt prices so incredibly high, investment in additional mines seem extremely likely. Data on the shortage is also speculative, despite being based on sound projections. Automakers could change their minds and pull back on EVs to avoid being confronted with a shortage. However, if electrification happens at the rates they predict, there will be no way to avoid it.