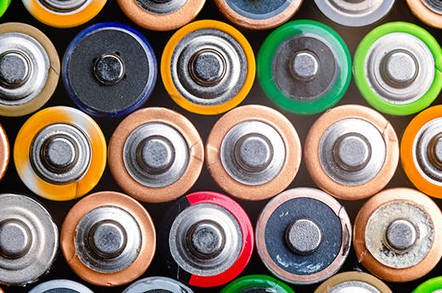 Laptop and phone batteries could last 100 times longer if boffins at the University of Missouri, in the US, come good on a new honeycomb design for electronics that they say greatly increases battery life between charges.

One of the papers says that by using the new design, which effectively cuts out power loss and heat creation in traditional silicon diodes by moving to a magnetic structure and avoiding current switching, battery power consumption is “three orders of magnitude smaller.”

The team has created a functioning prototype and has applied for a patent on the design which it describes as an “artificial permalloy honeycomb lattice of ultrasmall elements.” It has also set up a separate company to commercialize the approach.

A second paper argues that as a side effect of the battery operating at lower temperatures – because not as much energy is expended as heat – it will also be far more efficient than traditional batteries.

Although that finding is based on computer modeling rather than a physical battery, Singh predicts that the combination of the two factors “could mean that a normal 5-hour charge could increase to more than a 500-hour charge.”

That kind of improvement in battery life is an obviously over-optimistic prediction – not as many people are going to be excited by the idea that a completely new approach to computer chip manufacturing could lead to an incremental improvement in battery life – but anything that can improve the performance of something that has become increasingly important in modern society has to be a good thing.

Here is Singh’s explanation of what is going on:

A diode normally conducts current and voltage through the device along only one biasing direction, but when the voltage is reversed, the current stops. This switching process costs significant energy due to dissipation, or the depletion of the power source, thus affecting battery life. By substituting the semiconductor with a magnetic system, we could create an energetically effective device that consumes much less power with enhanced functionalities.

With the design, tiny honeycombs are covered with a magnetic alloy that allows for unidirectional current, or current that only flow in one direction, so much less energy is used up internally.

If Singh and his team can made this approach work on a much larger scale and then crucially, stabilize it and make production economically viable, the potential uses are vast with anything that uses silicon processors theoretically in a position to be replaced with more power-efficient versions.

It could also kill the problem of exploding batteries that have been burning people, causing massive product recalls and even killing some.

It should be noted though that this is far from the first time that the idea of magnetism has been promoted as a way to produce vastly more power efficient electronics.

Nearly ten years ago, researchers at the University of Miami outlined how a magnetic “spin battery” could be used in the next generation of power units by using nano-magnets that are charged by applying a large magnetic field to them, rather than the traditional chemical reaction used to generate electricity.

And while there has been a lot of effort and movement in the past few years around “spintronics”, including magnetic RAM (MRAM) program run by Intel, Qualcomm, Toshiba and Samsung, it has yet to breakthrough in any meaningful way.

That’s not to say it won’t. As chipmakers struggle with ever-increasing density requirements in traditional RAM and DRAM, the magnetic approach looks increasingly appealing.

But a mobile phone that you only have to charge once a week rather than twice a day? That is some way off. ®