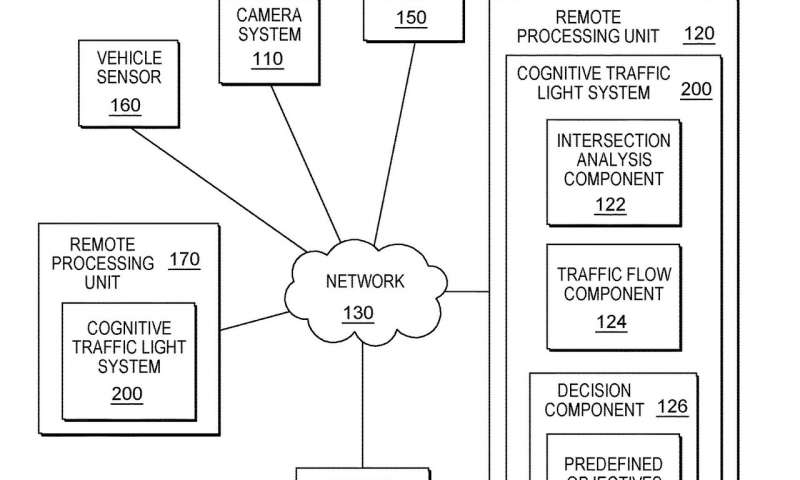 The lights would be controlled by cameras, said Marc Chacksfield, TechRadar rather than by timers. “The idea would be that a computer would analyze the real-time flow of traffic and then figure out the best way to manage the barrage of vehicles that clog up our highways every single day.”

There are, after all, a lot of what-ifs that come true and no two days on the same rout are exactly alike with different vehicle situations, weather patterns and pedestrian behaviors as well. The AI could change the traffic light sequence to allow for stopped cars to proceed safely, said Michael Grothaus in Fast Company.

The patent stated that “The present invention relates generally to the field of traffic control, and more particularly to controlling a traffic signal through cognitive computing that incorporates real time data at an intersection.”

Tristan Greene in The Next Web summed up the patent talk: “IBM wants to develop a system for controlling traffic lights that relies on cameras. A computer views real-time footage of traffic in each direction and then calculates the optimum traffic pattern.”

Greene honed in on why there is room for improvement in how traffic lights are managed.

“Have you ever sat at a four-way intersection for three full minutes staring at a red light with a mixture of bewilderment and anger because there isn’t another vehicle in sight?”

Grothaus also commented on the patent’s aim: “The AI could then change the traffic light sequence to allow for stopped cars to proceed safely. IBM thinks its AI solution would work well because it is a task a human could easily do. “The fact that this sort of information is “easy” for a human to absorb and use suggests AI has the potential to help,” said IBM inventor Steve Hobson.”

While technology visionaries are looking at pods and sky taxis as part of the next wave of transportation, it is obvious that vehicles on the ground are here to stay for a while. TechRadar commented. “Elon Musk is right now preparing the Hyperloop and also his new venture Loop that will just cost $1 to ride an eight-minute trips from downtown LA to the airport, but prizing people from their prized cars is a tough thing to do and that’s why we hope IBM’s latest patent gets fast-tracked soon.”