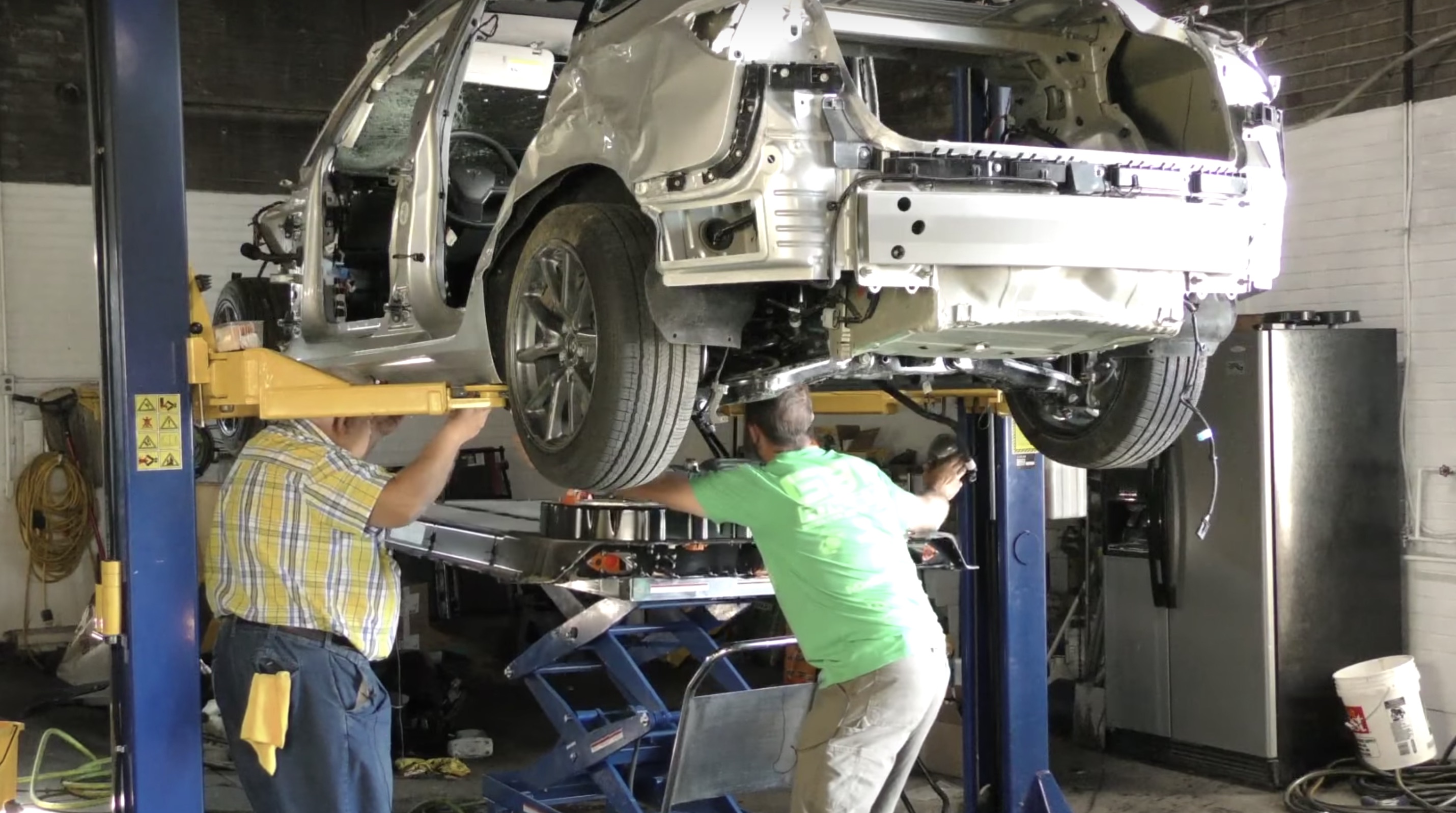 The Tesla Model 3’s battery pack was given a partial teardown treatment recently, thanks to the efforts of automotive veteran Jack Rickard and his team at EVTV. Rickard, a car enthusiast who conducts electric vehicle conversions, was ultimately impressed with how the Model 3’s battery was assembled, as well as the refinement of its design.

Rickard’s team was able to acquire the battery pack from a totaled Model 3. Upon removing the pack from the vehicle, the electric car conversion specialist’s interest was piqued by the covering of the battery modules. According to Rickard, the sections of the battery pack directly above the Model 3’s 2170 cells had a thin pad that was strangely wet.

This particular section mentioned by Rickard appear to be the “fluff” that Elon Musk mentioned during Tesla’s Q1 2018 earnings call. According to Musk, the fiberglass mats, which are placed on top of the battery pack, became one of the scenarios that proved human hands can work better than robots.

“They’re basically fluff. We tried to automate the placement and bonding of fluff to the top of the battery pack, which was ridiculous. ‘Flufferbot,’ which was really an incredibly difficult machine to make work. Machines are not good at picking up pieces of fluff. Hands are way better at doing that,” Musk said.

Another particularly compelling observation highlighted by Rickard was that the four modules of the Model 3 battery pack were not identical, with two modules featuring 25 cell groups in series and the other two featuring 23 cell groups in series. Rickard’s team did not tear down the battery packs down to its individual 2170 cells, but it was mentioned that each one of the cell groups includes 46 2170 cells that are connected in parallel. Overall, the vehicle appears to have a total of 4,416 2170 cells, at least for the Model 3’s long-range RWD configuration.

The Model 3’s battery weighs 1,054 pounds, which, according to the group, places the energy density of the pack at around 168 Wh/kg. The individual modules of the Model 3 battery are lined with a ribbon-like circuit that goes across the top of the modules and into a BMS board. The BMS boards are sub-boards that are installed on each module, and are, in turn, connected to a main board using only two pins.

Ultimately, the EVTV team was impressed with the Model 3’s battery, with Rickard even dubbing it as the “best battery ever built to date.” The electric car conversion specialist also noted that the Model 3 battery would likely be a favorite among the DIY community. Considering that Tesla is attempting to achieve a production rate of 5,000 Model 3 per week by the end of Q2 2018, Rickard noted that the electric car’s batteries would probably be abundant in the market. This bodes well for DIY enthusiasts like Rickard, who could utilize the modules as batteries for RVs, home battery units, and electric car conversions, among other projects.

Jack Rickard and his team’s observations about the Model 3’s battery are in line with the findings of Sandy Munro during his firm’s teardown of the vehicle. In a recent episode of Autoline After Hours, Munro dubbed the Model 3’s pack as the best in the industry, noting the .2 milliamp differential between each of the battery blocks.

“Nobody can balance batteries that close. Nobody. Nobody’s ever done that,” Munro said.

Watch Jack Rickard and his team’s Model 3 battery teardown in the video below.