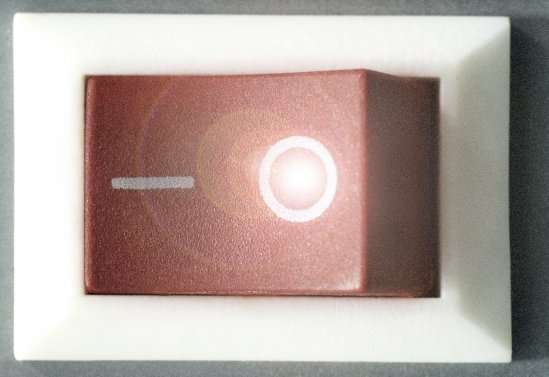 Imagine a generation of devices that operate not on electricity or batteries, but on light—an energy source that is both portable and abundant. Such technology could eliminate the costs associated with the manufacture of onboard energy systems and storage.

An interdisciplinary group of scientists from several institutions, including UC Santa Barbara’s Javier Read de Alaniz, is embarking on an effort that could result in such next-generation devices. Still in its infancy, the endeavor could change the way we approach the design and manufacture of machines.

“The way that we transport energy today requires you to have a physical contact with the device, such as an electrical cable, to transfer your energy to mechanical work,” said Read de Alaniz, a professor of chemistry. “But if you could envision, for example, the use of lasers to transport light from point A through free space to point B, and upon hitting point B cause the propagating light into mechanical work, all of a sudden you can transport work without having a physical device carrying the energy.”

A relatively new class of molecules called photo switches—molecules that respond to light with some change of their properties—is a key aspect of the technology. One of the most common examples is the material used in eyeglass lenses that causes them to darken in response to UV light exposure when you step outside. Those molecules belong in a type that respond with a change in optical properties, while other types may go from hydrophobic to hydrophilic.

Read de Alaniz and his group are interested in molecules that shapeshift in response to light, essentially becoming a ball when a light shines on them and returning to their original flat state when in the dark.

“So the question becomes: How do you communicate that action of one molecule across a landscape of materials?” he said. “How do you get that small molecule to do this action and in turn make the entire polymer to do some type of function?”

The answer to that and many other questions, will be the work of the MURI researchers. Led by Princeton University polymer scientist (and UCSB alum) Ryan Hayward, the team also includes chemists Christopher Bardeen of UC Riverside and Todd Martinez of Stanford University, physicist Peter Palffy-Muhoray of Kent State University, and mechanical engineer Kaushik Bhattacharya of the California Institute of Technology.

“This whole project is really at the design stage,” Read de Alaniz said of the fundamental understanding that needs to be gained in order to turn light directly into mechanical work. “Each person on the team has a different piece of the road map—there are those who have been studying photo switches on the molecular scale, people who’ve been studying materials that can change shape on the mesoscale, and people who work on quantum mechanical modeling. Together this team is bringing it all together to design and develop the next generation of photomechanical materials.”

Among the early outcomes he predicts of this U.S. Navy-sponsored project could be developments in the field of optics, such as lenses that change or move in response to light. Or, elements that could change the drag of an object—the force that resists its motion through a fluid—allowing one to steer or change the direction of an oceangoing vessel simply by exposing parts of it to light. Other, more terrestrial applications may include soft robotics, in which light could be used to change the shape of an automaton as needed to perform a function.

“These are probably applications we’d be envisioning about 15 years down the road,” he said. “The real challenge is how do we actually make something that can compete with the machines that we have today.”

Read de Alaniz credits the progress thus far to the Challenge Grant awarded to him by the California NanoSystems Institute (CNSI) at UCSB that supports the initiation of new large-scale and high-impact collaborations by CNSI faculty. The funds, he said, enabled him to build a team that was competitive enough to secure the MURI grant.

“It allowed us to go after problems that are much bigger than something each of us could accomplish in just our independent research,” he said.