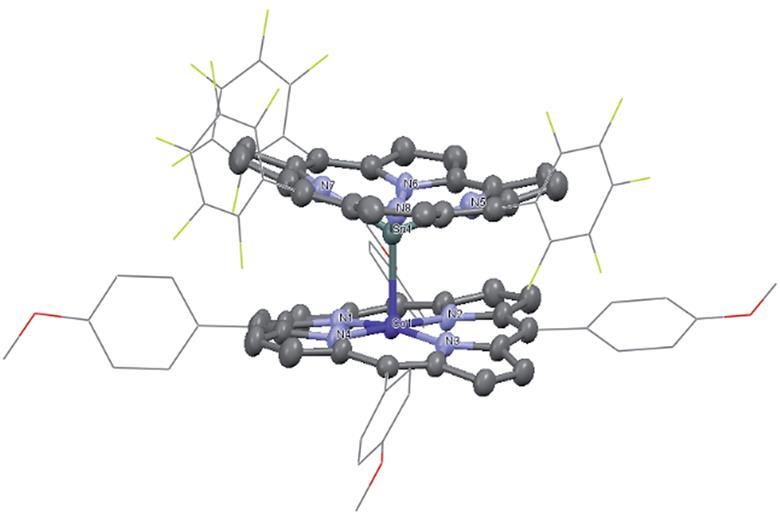 Researchers in China have created an unusual heterobimetallic compound featuring a tin–cobalt bond. Light or heat can break the bond to generate a rare tin radical.

Tetradentate ligands surround both metal centres in the complex made by Xuefeng Fu’s team at Peking University. The covalent metal–metal bond undergoes homolysis on exposure to heat or light to produce a four-coordinate tin radical – the first such example to be observed at room temperature. These species are difficult to make because Sn(III) centres are reluctant to accept a fourth ligand; the team got around this problem by using a rigid four-coordinate corrole ligand to force the situation around the tin atom.

The researchers showed that the tin radical was able to catalyse the cyclotrimerisation of aryl alkynes – a reactivity not previously known for these types of species.