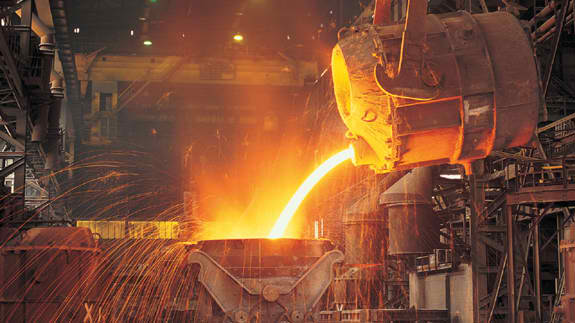 German technology and industrial conglomerate Thyssenkrupp on Tuesday posted a 17-percent increase in its second-quarter operating profit, helped by a recovery in steel prices that has already benefited larger rival ArcelorMittal.

The group, which makes everything from submarines to chemical plants, said second-quarter adjusted earnings before interest and tax (EBIT) came in at 500 million euros ($597 million), in line with the average analyst forecast in a Reuters poll.

Profit at the group’s Steel Europe division, to be merged with the European steel unit of Indian peer Tata Steel, more than doubled to 198 million euros, driven by a sharp recovery in prices so far this year.

ArcelorMittal, the world’s largest steelmaker, last week said the outlook for this year had improved, expecting higher demand for steel in machinery and construction amid solid expansion in the United States and Europe.

The steel joint venture with Tata Steel forms the core of Thyssenkrupp Chief Executive Heinrich Hiesinger’s plan to move the company away from the volatile steel sector and strengthen its focus on industrial goods, such as elevators and car parts.

The group’s struggling Industrial Solutions unit posted an operating loss of 23 million euros in the quarter. Thyssenkrupp said a turnaround plan initiated last year should lead to a significant increase in earnings in the second half.