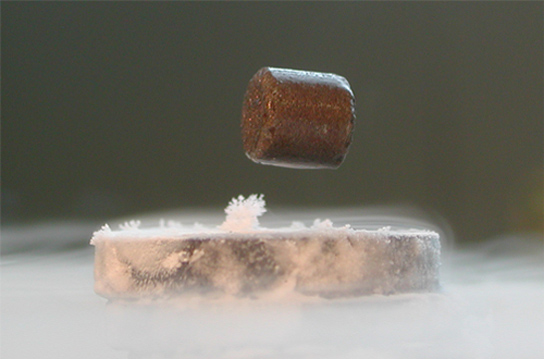 UBC researchers have captured an unprecedented glimpse into the birth of high-temperature superconductivity in cuprates, settling a scientific debate and uncovering new avenues to explore the potential of other unconventional superconductors.

Scientists have long debated the key ingredient that enables the cuprates to become superconducting at high temperatures: Does superconductivity emerge when electrons bind together in pairs, known as Cooper pairs, or when those pairs establish macroscopic phase coherence?

The research indicates that the presence of an attractive “glue”, binding electrons into pairs, is necessary but not sufficient to stabilize the superconducting state. Rather, the Cooper pairs must behave coherently as a whole to establish a line of communication, with a single macroscopic quantum phase.

“Broadly speaking, you can imagine phase coherence akin to a large ensemble of arrows all aligned in the same direction,” said Fabio Boschini, lead author of the study and a postdoctoral fellow at the SBQMI. “When the Cooper pairs, sketched as arrows, point in random directions, phase coherence is lost.”

The phase coherence emerges on a time scale of few hundreds of femtoseconds (one femtosecond equals one quadrillionth of a second). Leveraging the pulsed laser sources and facilities at SBQMI’s new UBC-Moore Centre for Ultrafast Quantum Matter, researchers established a new investigative technique to “watch” what happens to the material’s electrons during those ultrafast timescales. The effort revealed the key role of phase coherence in driving the transition into the superconducting state of copper oxides.

“Thanks to very recent advances in pulsed-laser sources we are only just beginning to visualize the dynamic properties of quantum materials,” said Andrea Damascelli, leader of the research team and the scientific director of the SBQMI. “By applying these pioneering techniques, our research team aims to reveal the elusive mysteries of high-temperature superconductivity and other fascinating phenomena of quantum matter.”