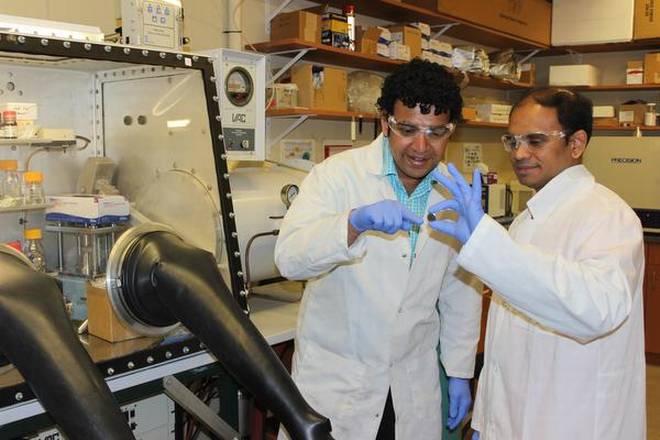 From cell phones to e-vehicles, Li-ion batteries have become the dominant energy storage device these days. Now, research has shown how to make them more eco-friendly and get more power. By using carbon nanotubes, a team of Indian scientists from Clemson University, USA eliminated the need for toxic organic solvents in the conventional batteries.

“Traditionally, Li-ion battery electrodes are manufactured using an organic solvent called N-methylpyrrolidone or NMP for short. NMP is used because it is highly compatible with aluminium foils on to which battery materials are coated,” explains Lakshman Ventrapragada, the first author on the study published in ACS Omega. “NMP is also expensive and toxic. In fact, solvent recovery systems that cost more than a million dollars are often used with each manufacturing unit to recover this NMP. Our goal was to replace NMP with water and achieve better battery performance.”

While water has been tried as a solvent before, its high surface tension often results in poor battery electrodes that fall apart from the underlying aluminium foil upon drying. The team used a vertically aligned forest of carbon nanotube (sheets of atom-thick carbon rolled into a cylinder) to coat aluminium foils for achieving sponge-like capillary action.

“The carbon nanotube forests are just 10-30 microns long and can be vertically aligned on aluminium. We were able to grow aligned carbon nanotubes directly on aluminium foils at a low temperature using a special roll-to-roll chemical vapour deposition process,” explains Prof. Ramakrishna Podila, Assistant Professor of Physics at Clemson University and the corresponding author of the paper. “The nanotubes can also be spray coated on aluminium. These nanotube-coated aluminium foils can be directly integrated into present Li-ion battery manufacturing units as they do not require any changes to the existing equipment other than replacing the solvent with water”.

The team then used a lithium active material called lithium iron phosphate or LFP mixed in water along with binders to make the battery electrodes on carbon nanotube-coated aluminium foils. The binders help the active materials adhere strongly to the underlying foils.

Energy and power of a battery

While charging, Li-ion batteries transport Li ions from lithium active materials on one side to capture them in a graphite electrode on the opposite side. During discharge, Li ions leave graphite and return to the lithium active material powering devices such as cell phones or laptops. The performance of a battery is rated based on two things: energy and power.

Energy is proportional to how much total charge a battery can hold i.e., amount of captured Li ions while power relates to how fast Li ions could be transported across the battery. The need of the hour is batteries that have both high power and high energy.

In traditional Li-ion batteries, rapidly charging at high power heats up the electrode and breaks the polymeric binders that help lithium active material adhere to aluminium foil. This is one of the most common modes of battery failure preventing one from achieving high powers without compromising the total energy in a battery. But the new battery made by this team was able to withstand high powers (600 mA/g or fully charged within 15 mins for 500 cycles) with high energy densities that are at least ~35-50% higher.

“Our scalable method for producing nanotubes greatly reduces the cost. In addition, the use of water makes it more environmentally friendly. Because carbon is very light, it does not increase the mass of the battery much either,” Podila adds, “We hope this will lead to cheaper and better Li-ion batteries in the future.”