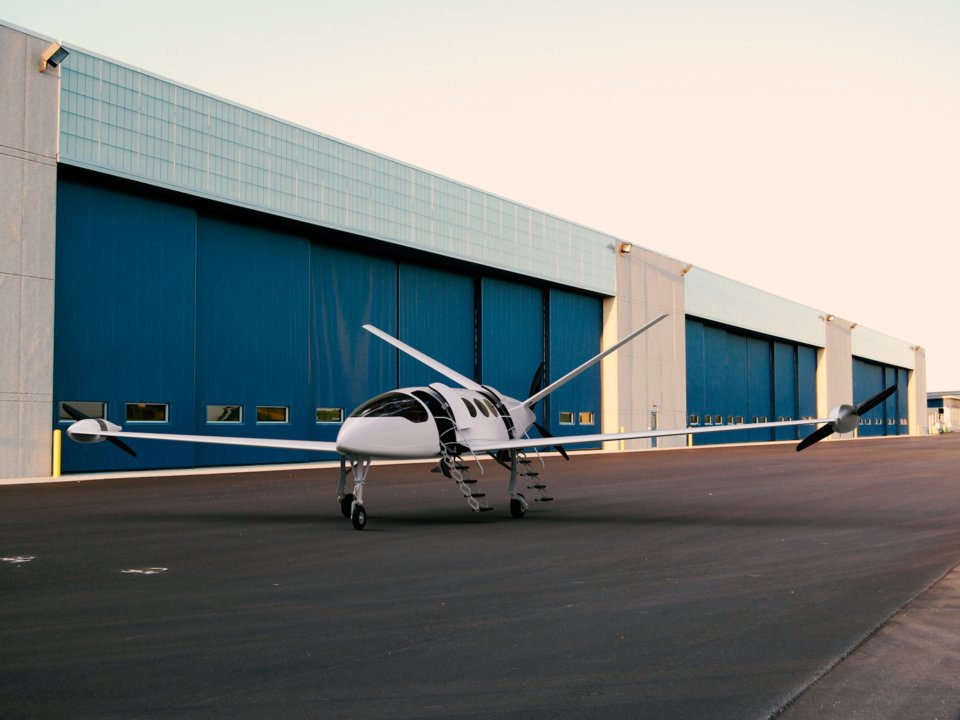 “Building something this size and at this level of complexity as a startup is insane.”

Eviation CEO Omer Bar-Yohay is talking about the Alice Commuter, an electric aircraft the Israeli startup — which was founded in 2015 — plans to bring to market in 2021. The Alice will hold up to nine passengers, fly up to 650 miles between charges, and reach a cruising speed of 276.19 mph. While Bar-Yohay didn’t disclose the company’s clients, he said he expected to sell “a few dozen” aircraft between 2021 and 2022.

But first, Eviation has to build them, a process the company began in 2017, and one that brings challenges at each step.

“It’s extremely difficult, extremely costly, and the level of talent that you need to compete for, the level of supply chain agreements you need with the big players is very, very significant,” Bar-Yohay said in an interview with Business Insider.

Batteries are one of the biggest remaining hurdles to electric flight
Look to the auto industry, and you’ll find plenty of ambitious startups with flashy concepts that never reach the market. According to Bar-Yohay, Eviation won’t meet a similar fate.

“We do intend to build the aircraft, which is a big statement,” he said.

The reward for doing so at a sustainable cost could be an impact on regional aviation that echoes how Uber and Lyft have reshaped the ride-hailing industry. Bar-Yohay said the Alice will have lower operating and maintenance costs than traditional aircraft, which could make some short-haul routes that are only available to those with private jets affordable for a wider range of customers.

In addition to long-term cost advantages, electric aircraft will be quieter than those powered by jet fuel and able to maintain stability in difficult weather conditions. But there’s one problem that needs to be solved before they can make commercial flights: batteries. Much of the technology the Alice needs to operate has been worked out, but there’s no universal standard in the aviation industry for batteries that can power electric engines. Bar-Yohay thinks that standard will arrive by the end of the year.

“Without a clear path to certification, everybody’s bleeding money,” he said. “No one really knows what’s going to work and what’s going to be accessible to the regulators, which really makes for uncertainty in terms of the time to market.

“While motors, high-power electronics, and a lot of other solutions are already set in stone in terms of the way forward, the batteries are still a bit vague.”

Electrification will pave the way for autonomy

As in the auto industry, electrification is expected to pave the way for autonomy. Bar-Yohay said fully-autonomous flight will become available in the next 15 years, but before that can happen, aviation companies need to master the necessary technology and convince both regulators and the public that it’s safe.

According to Bar-Yohay, it’s easier to build autonomous planes than cars, since planes don’t have to deal with pedestrians and unexpected objects suddenly blocking their path. And much of the technology necessary for pilot-less flight is already available.

“It really is easier, technology-wise, to build an autonomous aircraft, and a lot of the technological components are already there,” he said.

The Alice will have autonomous capabilities when it begins service, and Eviation plans to use them to move the aircraft without passengers and transport goods, in the hope that demonstrating reliable, autonomous flight will build trust with lawmakers and potential passengers.

Eviation and its competitors will also use what Bar-Yohay called “extreme pilot augmentation,” which will resemble the semi-autonomous driver assistance systems car companies like Tesla, General Motors, and Volkswagen have introduced in their vehicles.

Eviation wants to match Tesla’s success, not its manufacturing strategy

Any startup developing electric transportation designed for consumers lives in the shadow of Tesla, which, under the guidance of CEO Elon Musk, has achieved a market capitalization that rivals General Motors and Ford’s just fifteen years after its founding. While Bar-Yohay hopes Eviation will replicate Tesla’s success, he noted a significant difference between their strategies. Tesla has defied auto industry conventions by controlling much of the manufacturing process for its vehicles, but Eviation is not attempting that level of independence for financial and regulatory reasons.

We do not intend to go it alone the way Tesla did, because we don’t see the kind of financial resources that they had in the very beginning,” Bar-Yohay said. “In aviation, there is a lot more to respect in legacy, because you need those certified facilities and you need the brand name in front of the regulator.”

Eviation may not reshape the airplane manufacturing process in the way Tesla has attempted to (with great difficulty) for cars, but according to Bar-Yohay, being able to work with big names like Siemens and Honeywell suggests Eviation is onto something.

“If they want to play with us, we’re doing something right,” he said.