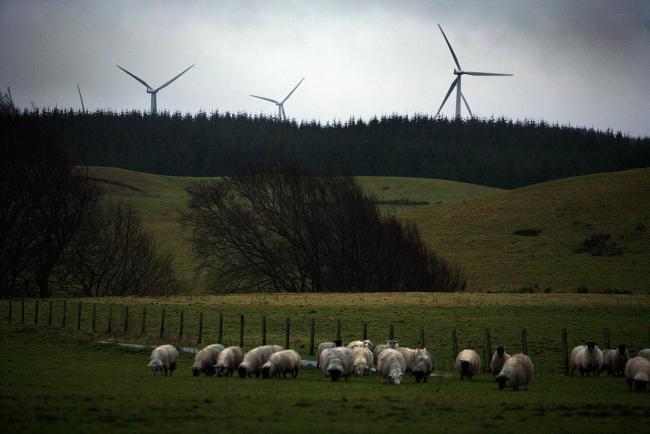 CASTING doubt on wind power, Geoff Moore (Letters, April 12) seems to be denying the evidence of climate change. He suggests that historical recordings of Scottish weather indicate that the country is afflicted by “bad wind years” as well as “good wind years”. Unfortunately, with the inexorable advance of global warming the past weather record becomes meaningless. This warming means that the atmosphere will become increasingly energetic, potentially resulting in “good wind years” which are wilder than in the past, and “bad wind years”where the wind becomes incessant, particularly in northerly latitudes. If this is so, then the need for storage to “fill in” the wind power deficits for “bad years” becomes arguably much less critical.

Mr Moore wrongly dismisses the rapid developments which are occurring in battery technology, but batteries are not the only route to massive energy storage. Scotland is already well served by high altitude hydro-electric storage systems, while at the global level growing numbers of energy projects are increasingly being directed toward expanding pumped hydro-electric storage facilities. There are, at the last count, 64 fully developed pumped storage schemes world-wide and 10 more are under construction. In fact, even in the UK, there now exists four such schemes which are capable of providing more power than will be available from Hinkley Point nuclear power station.

More significantly, there is considerable potential in the UK for the development of coastal pumped storage schemes operating in combination with electricity generation from the tides. At least four sites offer the possibility of generating electrical power at the Hinkley Point level. Swansea bay will provide a demonstrator of the technology, but it is far from pioneering. The La Rance complex in France has operated successfully for fully 50 years. Alternative pumped-storage schemes, based on low level gravitational storage of water in very large artificial lagoons, are many and are in advanced stages of development. Such off-shore systems are already being built and tested in Copenhagen and Kattegat in Denmark (two), in Florida (two), in Tamil Nadu in India (four), in Bahrain (five) and in China (six). Massive energy storage systems of this description located in the Firths of Forth, Tay, Moray and Clyde could potentially secure power for our cities, while the Tesla style grid-connected massive batteries, currently being proposed for Australia, could power our towns.

The technology behind the generation of secure electrical power from renewable sources is well established and there is no reason why it should not be highly reliable. In Europe where electrical power distribution across the continent is being proposed this is particularly true. From a climate change perspective it is truly unfortunate that the UK continues to insist on leaving the EU for dubious reasons.