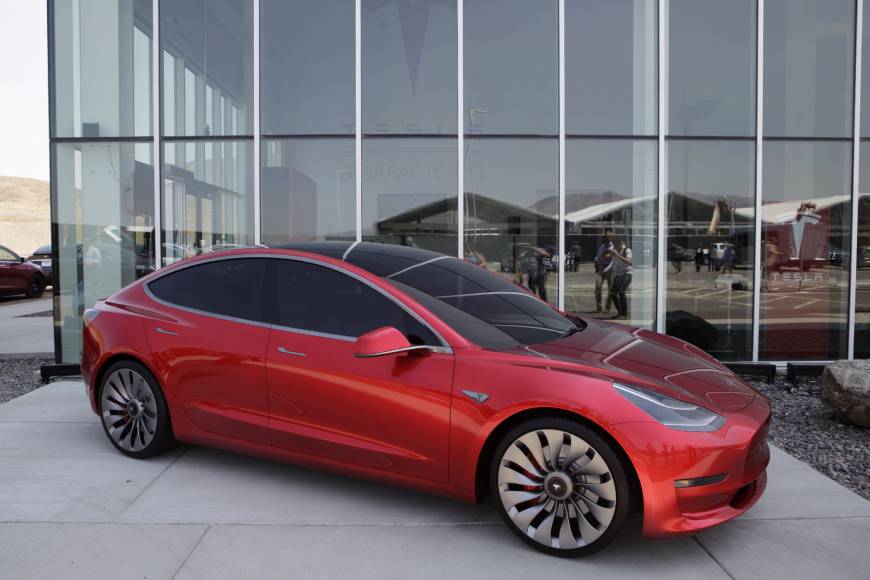 In this column last month, I concluded that whoever controls the battery supply will command the electric vehicle industry. But what does this really mean? I would like to examine the assertion more closely.

In 1991, Sony released the world’s first lithium-ion battery, which is now a central component of electric vehicles, plug-in hybrid vehicles (PHVs), and hybrid vehicles (HVs). Up until just a few years ago, Japanese companies commanded over half of the global market for lithium-ion batteries. Today, however, Chinese companies control 60 percent of the global market. Japanese companies now have fallen down to a market share of little more than 20 percent, while South Korea’s share is less than 10 percent.

There are about 200 battery manufacturers operating in China. This crowded field is led by Contemporary Amperex Technology (CATL) and BYD Auto.

The Chinese government has identified the promotion of the EV industry as a main pillar of its national strategy, and set a target of having 5 million new energy vehicles, including EVs, on the road by 2020. In China, the government sends clear policy signals to the market. More precisely, in certain strategic industries the Chinese government and corporations act in unison, with subsidies and regulatory measures (for example, setting sales quotas) used to stimulate consumer demand and create a new market.

Chinese battery manufacturers are significantly expanding their output capacity. CATL has declared that by 2020 it will have a productive capacity for 50 gigawatt per hours annually — almost six times larger than its current level.

Beijing will likely press foreign auto manufacturers operating in the Chinese market to build electric vehicles. Then, the Chinese government may use local content policies to ensure that these vehicles are equipped with Chinese batteries.

In that event, China’s geopolitical relations with not only Japan and South Korea, but also with the United States and Europe, will cast a long shadow. Anticipating growth of Chinese demand, the South Korean lithium-ion battery manufacturers LG Chem and Samsung SDI built new factories in China. However, both companies were excluded from China’s list of manufacturers eligible for government subsidies. The friction between China and South Korea over the latter’s deployment of the THAAD (Terminal High Altitude Air Defense) system was deemed to have factored in the Chinese government’s decision.

China will likely require the use of Chinese batteries by all foreign carmakers operating into the Chinese market, along with prodding them for transfer of battery-related technology to local manufacturers.

European countries have made the entry of their automakers into the Chinese EV market a top priority. However, given the fact that Britain, France, and Germany have all adopted the transition to electric vehicles as their own national policy, it is difficult to imagine that they will allow their domestic EV industries to remain dependent on Chinese batteries. At some point the European Union or Germany will attempt a counter-offensive with European batteries.

Meanwhile, China is attempting to widen the reach of Chinese standards on electric vehicles and batteries along its Belt and Road Initiative (BRI).

China plans to beef up its own satellite navigation system by increasing the number of its satellites from the current 24 to 35 by 2020. In addition, China will build roughly 2,000 ground stations across the Eurasian continent that will be spanned by the BRI. This will enable China to develop the type of high-precision navigation system with “centimeter-level accuracy” required for self-driving cars. This massive new infrastructure installation is intended for Chinese-made autonomous electric vehicles, equipped with Chinese batteries. This field is led by the company Baidu, which has embarked on the development of autonomous cars.

Whoever controls the battery supply will command the electric vehicle industry. Without taking the lead on batteries, we won’t be able to lead the competition in not just electric vehicles but all electrified vehicles such as PHVs, HVs and fuel-cell vehicles. At present, batteries comprises a full 70 percent of the total production cost of an electric vehicle.

Batteries represent the pinnacle of manufacturing. Manufacturers must figure out how to cram components into a small area while increasing energy density and electrical output. Batteries are also, in a sense, “raw goods” whose longevity depends on temperature control. It is a field where the magic of chemistry determines everything.

In Japan, Panasonic alone has made a good showing in this field. The technology of its state-of-the-art cylindrical lithium-ion battery is acknowledged to be the best in the world. Both Tesla and Toyota have sought out Panasonic for joint projects on battery development, and Panasonic and Tesla have together built a huge factory in Reno, Nevada, known as the Gigafactory.

Yet Panasonic, Tesla, Toyota and the various Chinese manufacturers are all rushing to compete in the “great transformation”: the race to discover the next generation technology to succeed the lithium-ion battery. Toyota is moving to the development of a solid-state battery.

There is yet another consideration. Countries are desperately seeking to secure access to the raw materials needed for manufacture of batteries, such as cobalt and nickel. Cobalt reserves are concentrated in the Democratic Republic of Congo, and already China is deemed to dominate access to over half of these reserves. Technological breakthroughs may allow countries to overcome economic constraints, but compelling geopolitical constraints — in this case, the need to secure scarce resources — remain.

Japan must strengthen its resources diplomacy in order to open up a new horizon in the electric revolution.