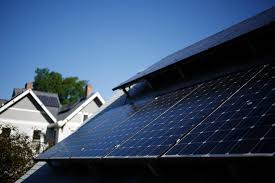 The world’s biggest solar project is going to get underway in Saudi Arabia, according a plan whipped up by the country’s sovereign wealth fund and the Japanese technology conglomerate SoftBank.

The partners are joint investors in the $100 billion Vision Fund, the world’s largest private equity fund, which will provide the initial cash for the first phase of the scheme.

Here’s what you need to know about the project.

How big is “biggest”?

SoftBank and the Saudis say the solar project will be able to generate around 7.2 gigawatts of power in 2019, and 200 gigawatts by 2030.

Today, all the solar deployments around the world generate around 400 gigawatts (which is slightly more than is generated by nuclear, incidentally.) The largest installation at the moment, the Tengger Desert Solar Park in China, generates just over 1.5 gigawatts. So yes, this is a big deal.

Mostly by burning oil, unsurprisingly. Because domestic petroleum is so heavily subsidized, around 60% of the kingdom’s electricity comes from it. But because consumption is rising, that has implications for the amount of oil Saudi Arabia has left to sell abroad. So there’s a big economic angle to this.

Saudi Arabia is also a signatory to the Paris Agreement on climate change, but it has not been clear as to how it intends to achieve its carbon emissions reduction targets. It’s a bit clearer now. And that doesn’t just matter for the global pact—the country is also particularly sensitive to climate change.

How much will this cost?

According to SoftBank chief Masayoshi Son, the first phase will cost $5 billion. The Vision Fund will stump up $1 billion for that, while the rest of the financing will come from debt.

By the time the project is completed, it will have cost an estimated $200 billion. That includes the cost of labor, panels—which will be imported until local production capacity is up to speed—and an unprecedented network of batteries that will be able to store this energy for measured distribution over the Saudi grid.

“The project will fund its own expansion,” said Son, who explained that the profits generated in each step of the build-out would help fund the next phase.