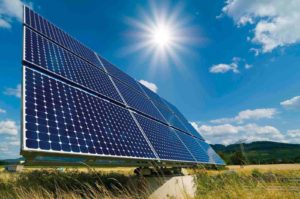 ECONET Wireless Zimbabwe says it has begun the process to invest over $250 million into a solar power systems project amid indications the corporate has placed orders for nearly 20MW.

The investment, Econet said, could eventually dwarf its investment in telecoms of almost $2 billion over the last 10 years.

Econet, Zimbabwe’s largest mobile telecoms company, said the investment will be done through its subsidiary, Distributed Power Africa (DPA), and will provide solar energy solutions for industrial, commercial and home use.

Econet said the multi-million dollar investment is aimed at creating over 5 000 new jobs in Zimbabwe over the next two years. Econet said it had already placed an order to replace most of its conventional power systems with solar power and lithium batteries. Zimbabwe is touted to be headed for a game changing era through exploitation of lithium, which is also used in the manufacture of electric vehicle batteries, whose global demand is growing.

The country, the world’s fifth largest producer, has discovered several lithium deposits around the country, but only one is now producing. Projects such as DPA’s will drive lithium demand.

Several of the systems, which DPA intends to install for customers, have reportedly already arrived in the country with Econet’s headquarters in Harare already moving to solar power and off grid.

Other leading Zimbabwean companies have also placed orders for the system which completely eliminates the need for getting power from the national grid except in emergency.

It also replaces the need for diesel powered generators, which require foreign exchange for diesel imports and also harm the environment.

“Our order book from corporates in Zimbabwe is already over 20 MW and growing daily,” said Norman Moyo who heads the technology portfolio within Econet Wireless Zimbabwe.

The concept of distributed power, from which the company (DPA) derives its name, works on a reverse model to that used in traditional power utility models such as State utility, Zesa.

Instead of having a central power station, controlled from a central control centre, in a distributed power system, each customer has a “mini (power) generating” plant on their premises.

This is then controlled from a central control point managed by DPA, which has over 100 engineers and technicians in Zimbabwe.

DPA, Econet Wireless said, works with financial partners, including local banks to finance the solution for each customer.

Once approved the customer pays for the system using a leasing model, whereby they pay a flat monthly fee for 15 years.

“This is off balance sheet financing, like leasing a car or industrial machinery,” said Mr Moyo in a statement on Friday.

Although the initial focus is industrial and commercial customers, the company hopes to start adding homes in the next 12 months.

“We are about to build for 100 homes just to demonstrate our capability but we are not yet ready for that sector,” Mr Moyo said.

One of the key benefits of the DPA model is its capacity to create jobs for young people. This is a high tech business, but it requires skilled installers to roll out each system installation.

There will be thousands of jobs created around the country for young people in particular. “Already we are ramping up rapidly, and we expect to add 5000 jobs when we are at full capacity.”

Meanwhile, Econet founder Strive Masiyiwa says Zimbabwe has the potential to be a global manufacturing centre for the type of Lithium batteries required by companies like DPA Africa.

“We are already using Lithium battery systems in DPA and we are partnered with some of the key players in that industry.

“Given our ambitions in this space for our Africa wide roll-out, we would be keen to see local manufacturing in Africa itself.

“It would make a lot of sense for Zimbabwe to position itself as a manufacturer of the finished products rather than as a miner of raw materials. We are neither miners nor manufacturers.

“It’s really up to government if they want to get investment in manufacturing to come up with the policies that would make it attractive to invest in large scale manufacturing,” he said.