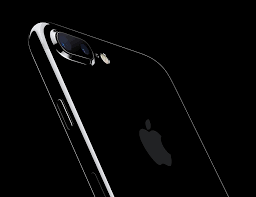 In an effort to avert potential production problems of its devices, Apple is in talks to directly acquire a critical mineral used in lithium-ion batteries.

The tech giant is negotiating with miners to buy thousands of metric tons of cobalt annually for a period of five years or more, Bloomberg is reporting, citing people who claim to have knowledge of the discussions. It’s still possible, however, that Apple’s discussions will fall apart.

Cobalt is a critical ingredient in lithium-ion batteries that power Apple’s iPhones, iPads, Apple Watch, and MacBooks. However, with cobalt demand soaring and supply constrained, a shortage of cobalt would be a major risk to Apple’s business.

By acquiring cobalt directly, Apple could ensure its battery manufacturing partners have the components they need to continue feeding batteries to the company. Apple might also be able to negotiate better cobalt prices because it would buy a larger quantity than smaller individual manufacturers that don’t purchase as much supply. The move could ultimately increase Apple’s margins on the sale of each device.

Still, cobalt is one of the most controversial materials in electronics. Two-thirds of the world’s cobalt supply comes from the Democratic Republic of Congo, where international human rights advocates like Amnesty International have said child labor is a problem. Apple and other prominent tech companies, including Samsung, have worked to ensure their cobalt supplies come from mines that don’t employ children. Buying supplies directly from miners would give Apple more visibility into labor practices on the ground.