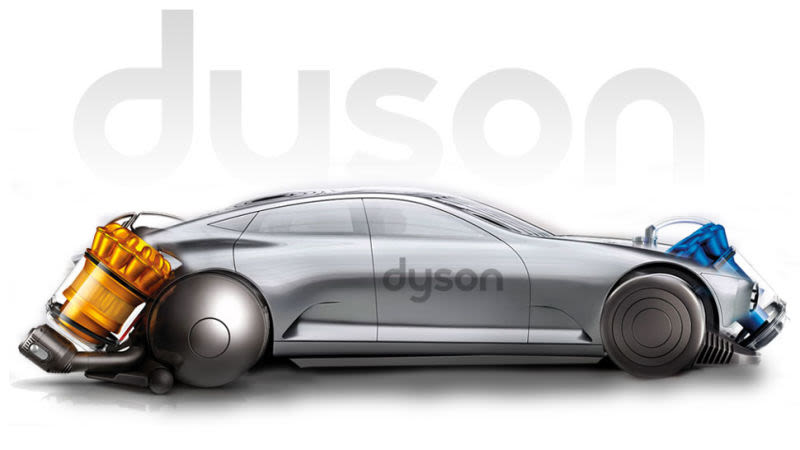 Dyson is mostly known as a prominent manufacturer of vacuum cleaners and hand dryers, and that’s fine. But in September it announced it wanted to get into the electric car business, and it had $4 billion with which to do it. Now here’s more details on how it plans to do it, and how it just might work.

Much of the Dyson plan relies on solid state batteries, which are supposed to be the next step beyond the lithium ion batteries widely used in cell phones, laptops, and electric cars like those made by Tesla. But while those are supposed to be the main crux of Dyson’s electric car argument, they likely won’t go in the first car, the FT reports. Yes, I said FIRST car:

The company is initially planning a range of three vehicles, according to two people. The first car will be used to establish a route to market, a supply chain and a potential customer base. Because of this, the vehicle will have a relatively low production run – in the single-digit thousands, three people said.

There are also rumours of carbon fibre being a large component of the cars, but to be honest we’re probably way too far out to see whether that will happen. Plus, Dyson doesn’t have a car factory yet. Or a dealership network. Or really, anything car-related that the public can see.

Of course, that $4 billion certainly helps. Most manufacturers spend around $632 million to $1 billion to develop new cars, so $4 billion should, theoretically, be easy, if that’s all Dyson was doing.

It has to do much more than that.

But that doesn’t mean it’s impossible. As we all know by now, Tesla has mostly done it. It’s just an incredibly steep hill to climb.

On the other hand, Tesla’s got around $12 billion in long-term debt at this point, and there’s a non-zero chance it will need more in the future. That makes $4 billion look like a relative pittance, and Tesla’s only managed to bring one mass-market car to customers (sort of), not two. And you may have trouble convincing people your car is more than an appliance when you’re mostly known for, well, appliances.