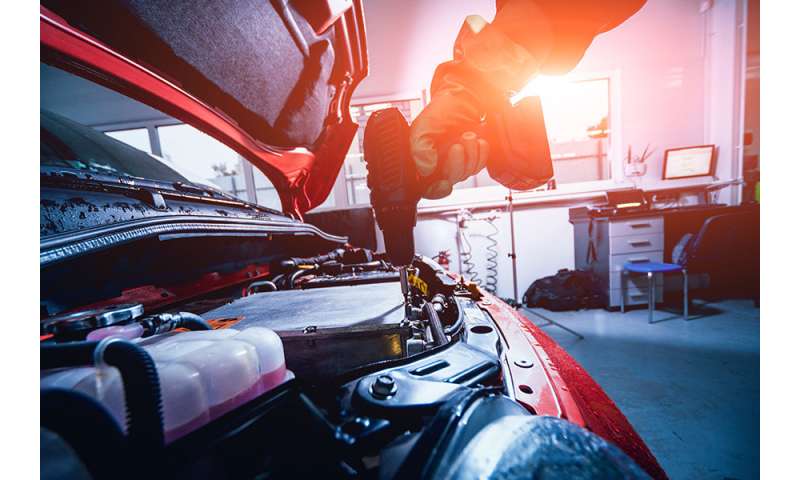 A novel model developed at the U.S. Department of Energy’s (DOE) Argonne National Laboratory allows industry, the Department and others to gauge the impact of recycling batteries in electric vehicles. It could further energize this market.

“Argonne has a long track record of expertise in battery research and development, and now we have added the ability to examine every step along the way, from manufacturing to recycling,” said Argonne’s Jeff Spangenberger, the project leader.

From cathodes to anodes and electrolytes, Argonne’s understanding of batteries, combined with ReCell, a closed-loop battery recycling model, offers preliminary estimates of total costs as well as environmental impacts such as carbon dioxide emissions. The model breaks down each process from when a battery leaves the factory to when it is recycled.

Argonne’s ReCell model can provide information to manufacturers up front, so those manufacturers can determine life cycle costs with precision and provide batteries to consumers with minimal environmental and economic impacts. Argonne’s researchers have designed ReCell to be versatile and adapt to the challenges that recycling of lithium ion batteries present, such as differing battery chemistries and formats.

“ReCell helps determine where we need to focus our efforts. This results in more efficient research and expedites the process of reaching our life cycle, or circular, goal,” said Spangenberger, who is also a recent recipient of a DOE Technology Commercialization Fund award.

Preliminary findings estimate that a cell with a recycled cathode could cost 5 percent, 20 percent and 30 percent less than a new cell using pyrometallurgy, hydrometallurgy and direct recycling routes, respectively, according to estimates from Argonne’s Greenhouse gases, Regulated Emissions and Energy use in Transportation (GREET) model recycling parameters. That same cell could consume 10 percent, 20 percent and 30 percent less energy, respectively.

Additionally, the model considers transportation-related cost and environmental factors, which can help steer the development of a recycling infrastructure. For instance, is it more effective to have one large central recycling center or several smaller centers located throughout the country? Preliminary results from the ReCell model show how a simple change in shipping classification for end-of-life batteries could potentially change a recycled cathode’s cost from 30 percent less than a new cathode to one that only breaks even.

Information provided by ReCell will become increasingly important as thousands of batteries from vehicles sold over the last decade reach their end of life, according to Spangenberger, who added that plug-in electric vehicle (PEV) sales in the U.S. more than doubled in the last four years. Currently, PEVs comprise only 1 percent of new vehicle sales. But by 2025, annual sales of PEVs will exceed 1.2 million vehicles, reaching more than 7 percent of annual vehicle sales.

GREET, developed by Michael Wang and his team, is a free program that allows users to analyze technologies over an entire life cycle—from well to wheels—and from raw material mining to vehicle disposal.

BatPaC, developed by Paul Nelson, is also a free program that captures the interplay between design and cost of lithium-ion batteries for transportation applications.