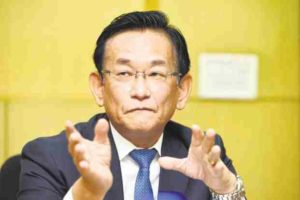 Thirty-four years after rolling out the country’s first people’s car, Maruti Suzuki India Ltd is back at the drawing board. The trigger: the coming shift to emission-free electric vehicles (EVs), the kind of change that comes once in a lifetime.

The company is looking for lithium suppliers for a lithium ion battery plant in Gujarat, planning to build a brand new electric car for India, and working with its dealers to set up charging networks, managing director and chief executive officer Kenichi Ayukawa said in an interview. The efforts are part of Maruti’s initiatives to move towards an electric car portfolio.

“In a sense, we are trying to challenge ourselves as the time has come to change the game. Hence, we have to review (our strategy) and start again from zero,” Ayukawa said. “We need to decide if we want to buy (lithium) from a (Latin) American country or some other country. We need to find a source for that.”

EVs account for less than 1% of global auto sales, but their threat is forcing the world’s biggest automakers—including Maruti, India’s largest carmaker—to reinvent themselves.

The company is also running a nation-wide survey to understand the needs and expectations of customers in the EV segment.

Seeking government support, Ayukawa said that if the supply of lithium is constrained, it will hinder the country’s EV programme. “If we cannot get lithium, we cannot make such kind of a product.”

Getting lithium is one thing, safe handling is another. “Lithium ion batteries can be very dangerous—it can lead to fire,” Ayukawa said. While the lithium supply falls in place, Maruti will focus on developing the EV.

The company will also need to figure out how the batteries can be used. Such systems need to be in place before introducing EVs, he added.

It is also critical to keep costs under control. “It will be impossible for people to buy a Rs5 lakh car if that becomes a Rs20 lakh car. Nobody could buy that,” Ayukawa added.

“Dealers will have to handle a new kind of technology. So we will have to educate the people at the service centres. That will take some time,” he said.

Ayukawa claims the Suzuki battery plant coming up in Gujarat will give it the first-mover advantage; however, local rivals Mahindra & Mahindra Ltd and Tata Motors Ltd are already ahead in the EV game. Besides, Maruti will enjoy none of the benefits of the licence regime that prevailed when it was still a fledgling automaker.

The Indian government has been categorical about promoting fully electric vehicles. It has clearly dissuaded mild, full or plug-in hybrid vehicles by substantially increasing taxes under the goods and services tax. The government has stated its intent to move to an all-electric fleet by 2030.

Ayukawa understands that the Indian government is looking for a solution to cut pollution levels and the move to introduce an electric fleet is aimed in that direction.

“The point is that they are also looking for a good solution and so are we. So, we have to collaborate and find out a good solution. But I think that is not an easy work and it takes time,” Ayukawa said.

A shift to EVs will help reduce pollutants and fuel imports. This assumes significance given India’s energy import bill of around $150 billion—this is expected to reach $300 billion by 2030. India imports around 80% of its oil and 18% of its natural gas requirements.