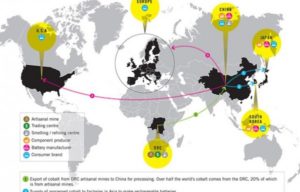 As demand for batteries drives a surge in the price of cobalt, the Democratic Republic of Congo is gearing up to overhaul its mining regulations to harvest more profit from the coveted metal.

The global boom for smartphones and electric cars has pushed up the price of cobalt, a key ingredient in top-range batteries, to $75,000 (more than R919,000) a ton — an increase of 127 percent in one year.

The DRC is the world’s leading producer of cobalt, but authorities believe the existing mining code favours foreign investors at the expense of the economy.

The country is also the top African producer of copper, currently trading on the London Metal Exchange at more than $7,000 a tonne for the first time in three and a half years.

Congo’s production of copper has rocketed from 27,000 tons in 2002 to more than a million tons today, according to the preamble to the new mining code.

The code should “make the mines a true motor of the development of the country”, according to Minister of Mines Martin Kabwelulu, who has overseen the industry since February 2007.

From the Katanga provinces in the southeast to North and South Kivu on the eastern border via the central Kasai region, the subsoil is rich in gold, diamonds and coltan, another mineral used for electronic products and often cited as an illegal source of finance for conflict.

After many twists and turns, the government in December presented parliament with its revised version of the 15-year-old mining code.

“The former code of 2002 was meant to be attractive for investors because then we were in a state of war,” Henri Muhiya of the influential Roman Catholic episcopate told AFP, referring to the Second Congo War of 1998-2003.

“We’ve realised that the investors indeed came, but the profits weren’t shared out in a fair way between them and the country,” added Muhiya, the secretary of the natural resources commission of the episcopal conference, which has amended the text before parliament.

“We’re going to try to find a balance,” he said.

The new code, passed by the National Assembly and now in the hands of the Senate, provides for “a broadening of the base and the raising of mining royalties”, according to Muhiya.

It sets out taxes of up to five percent on “strategic metals” — most likely including cobalt — and six percent on precious stones.

Kinshasa is introducing a form of economic patriotism by raising the stake of the state in the capital of mining companies and outsourcing tasks related to the industry “only to firms in which the majority of the capital is owned by Congolese nationals”.

DRC authorities also want to ensure the repatriation of at least 40 percent of the revenue of minerals that are sold for export.

Multinational firms have fired back, charging that the new mining code would “significantly weaken the confidence of investors”, in a joint letter to the speakers of both houses of parliament.

The protest was signed by the Congolese subsidiaries of giants in the sector, China Molybdenum, Rangold, the Swiss firm Glencore and MMG, an Australian-Chinese venture.

“Our partners have for 15 years — these words aren’t too strong — cheated and stolen from us. That has to stop,” the chief executive officer of the powerful Gecamines state mining firm, Albert Yuma, stormed in November.

The DRC should control its mineral resources like “our Arab brothers have benefitted from the control of oil”, said Yuma, leader of the national business community and close to President Joseph Kabila.

Kabila’s second and last elected five-year mandate ended on 20 December 2016, but has been extended in a church-brokered deal at the cost of severe repression.

The vast money in mining has to be seen in the context of DRC’s chronic reputation for corruption and the deep poverty that afflicts most of its 80 million citizens.

Reliable figures for turnover and employment in the mining industry are elusive in a country where much economic activity is unregistered and even the size of the population is unknown, given the absence of a recent census.

In July, the British NGO Global Witness described the mining sector as the regime’s “cash machine” and its revenues were being wasted by a “toxic combination of corruption and mismanagement”.

In November, US NGO the Carter Center estimated that $750-million generated by mining production between 2011 and 2014 could not be traced in any “reliable fashion” in Gecamines’s accounts, an assertion that the company angrily rejects.

Documents released in November in the “Paradise Papers” leak said that Swiss firm Glencore acquired a Congolese mine for a pittance in 2007 through controversial Israeli billionaire Dan Gertler.

“Together the five deals cost the DRC at least $1.36-billion, an amount equal to almost twice the DRC’s combined annual budget for health and education in 2012,” it said. 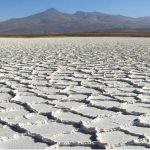 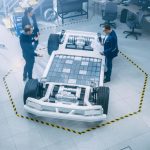