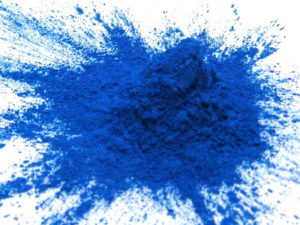 Cobalt, one of the principal metals used to make electric car batteries, is in short supply and, as demand increases, so does the price.

Although the commodity has been found in the US and Australia, 60% of the world’s cobalt is found in one of the most chaotic and corrupt states on the planet: the Democratic Republic of the Congo (DRC). On Wednesday, the DRC’s Minister for Mines announced the export tax on the metal was to be doubled from 2% to 5%.

The fear is that if prices continue to rise so more cobalt will be stockpiled, exacerbating the problem further. China’s State Reserve Bureau has already built up a large reserve, so has the Swiss investment firm, Pala Investments.

The rocketing price of cobalt has shed some doubt on the feasibility of replacing all the world’s cars with electric motors. However, back in the early 2000s, the price of palladium shot up as more car companies used it to filter out pollution from exhausts. As prices rose, companies figured out techniques to use less and so demand slid.

Similarly, the rising price of cobalt could incentivize companies to use less cobalt, or even find a cheaper, more plentiful, alternative.