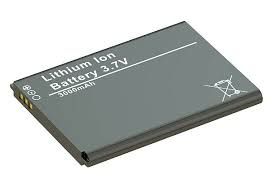 A lithium-ion battery is an electric device capable of charging and discharging. They are broadly used as a power supply consumer electronics as well as hybrid and electric vehicle. The four materials are used in lithium-ion batteries are cathode material, anode material, separators, and an electrolytic solution. Lithium-ion batteries markets grow at fastest rate due to its adoption in numerous consumer electronics such as smartphones, tablets, digital cameras and MP3 players, among others. Lithium-ion (Li-ion) batteries are one of the most popular batteries in the world due to the worldwide use of mobile phones and laptop computers. Furthermore, the demands for Li-ion batteries in the automobile industry due to increasing demand for electric vehicles.

A lithium-ion battery or Li-ion battery is a rechargeable battery wherein lithium ions move from the cathode to the anode during discharge and back when charging.  Li-ion batteries use an intercalated lithium compound as one electrode material, compared to the metallic lithium used in a non-rechargeable lithium battery. Lithium-ion batteries are mostly used for consumer or home electronics. They are one of the most popular types of rechargeable batteries for portable electronics, with a tiny memory effect, high energy density, and low self-discharge. LIBs are also growing in popularity for military, battery electric vehicle and aerospace applications.

Geographically, Asia Pacific is expected to lead the market and emerge as a fastest growing region in the forecast period due to the rapid growth of the consumer electronics and automotive industry in China, Japan and India. North America is one of the largest markets for lithium-ion battery in 2016. Europe is expected to grow at a significant rate due to the surging demand for lithium-ion battery from the automotive industry.