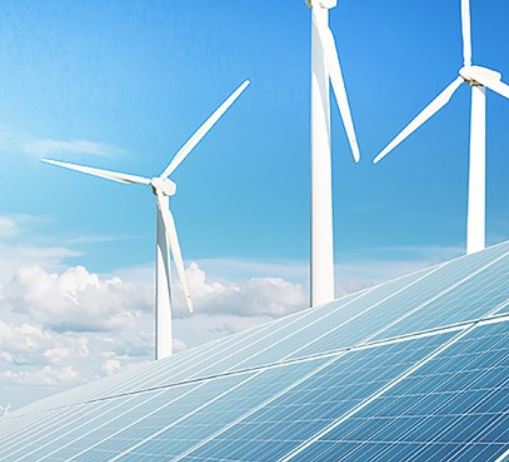 Donald Trump can huff and puff until he is blue in the face about the wonders of burning coal to make electricity, but experts in the field of renewable energy tell Inside Climate News that 2018 was a “fulcrum year” for energy generation in the United States. The old paradigm that has been in place for 100 years was ushered out and replaced with a new paradigm that will prevail into the foreseeable future.

“2018 has been a turning point, as some utilities are beginning to make decisions based on the market of the future rather than that of the past,” says Howard Learner, president and executive director of the Environmental Law & Policy Center. The Midwestern states are ground zero for the transition to renewable energy. “In the Midwest in particular, renewable energy is a win-win for utilities and the ratepayers at this point,” says Travis Miller, director of utilities research at Morningstar.

Xcel Energy, based in Minnesota, has 3.6 million customers in 9 states. It began the transition by announcing a plan to transition to 100% zero emissions energy by 2050 — the first utility company in the US to make that a corporate goal. Economics has a lot to do with that decision. Wind power in the Midwest is abundant and inexpensive but solar farms are also springing up across America’s heartland.

But there is something other than the bottom line at work here. Ben Fowke, Ecel’s CEO, said at a news conference back in December, “We knew we could step up and do more, at little or no extra cost.” His remarks were spurred in part by the latest IPCC 6 climate report and the recent climate assessment published by the US government in November.

Consumers Energy, with 1.8 million customers in Michigan, announced a plan in June to transition to more solar power over the next 20 years. Until now, it has relied on coal-fired generating stations for most of its electricity. “Our vision considers people, the planet and the prosperity of our state and the communities we serve,” Patti Poppe, its CEO said at the time of the announcement.

Northern Indiana Public Service Company said last year it plans to close all of its coal-fired facilities within 10 years. It currently gets 65% of its power from burning coal. It says building new renewable energy resources simply costs less than keeping those coal fired plants open any longer.

Utility companies used to base their future plans on an expectation of rising energy demand. They could justify building new fossil fuel plants because the cost would be offset by selling more electricity. That is no longer the case as the demand for electricity has remained flat for several years. Not only is coal no longer competitive economically but natural gas has a history of fluctuating significantly in price.

Utility companies do not operated in a vacuum. They talk to each other and know what each other is planning. When companies like Xcel, Consumers, and NIPSCO decide to incorporate more renewable energy in their portfolios, it influences the thinking of other utility company executives — and public utilities commission members.

2018 was a fulcrum year for renewables because when people look back and try to determine when the shift to renewables in the US began in earnest, they will pick it as the year when a sea change occurred in the utility industry. Change never seems to happen. Then one day you look around and realize it is already here. The turn by utilities away from fossil fuels has begun and nothing will stop the transition until it is complete.