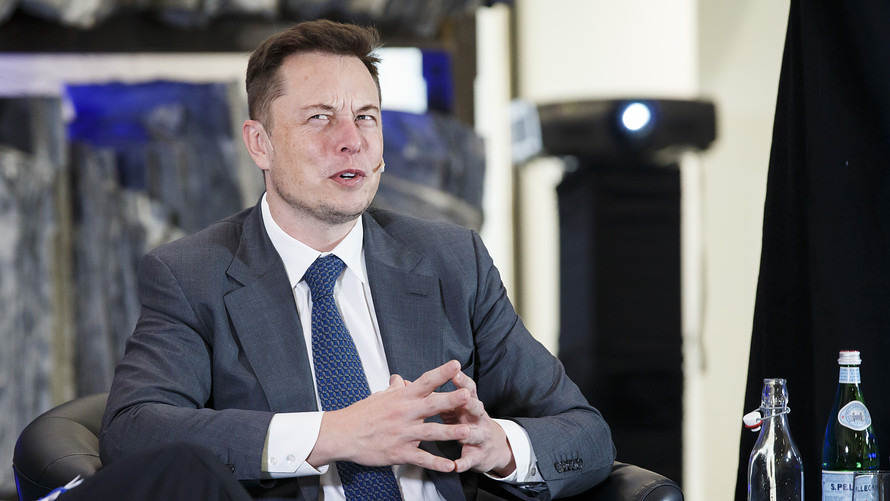 So you own stock in Tesla — and you’re freaking out.

If so, it’s hardly a surprise. In the past few weeks, CEO Elon Musk has taken his reputation for bizarre and erratic behavior to a whole new level — smoking marijuana live on air — and your stock has lost a quarter of its value.

With Tesla TSLA, +3.18% down another 2% on Tuesday, it may be tempting to panic. The stock rose by more than 2% early Wednesday.

But here are 10 practical things to focus on instead.

1. We’ve been here before

In percentage terms, the latest plunge isn’t the worst Tesla stock has seen since going public in 2010. It isn’t even in the top three. On three separate occasions it’s lost more than a third of its value. In total, Tesla stock has had nine major plunges of 20% or more in the past eight years — plus lots of smaller, but still very unpleasant, drops.

This has always been a highly volatile stock. That’s as you’d expect from a company built by a man some regard as an erratic genius. MarketWatch analysis shows that on the average day Tesla rises or falls by more than 2%. That is more than three times the volatility of the S&P 500. Yet overall since the IPO in 2010 the stock has risen from $17 to $275 at Monday’s close.

2. People are betting against the stock

Tesla is not puffed up by dangerous complacency or euphoria on Wall Street. Just seven out of 25 analysts who cover Tesla have outstanding “buy” recommendations on the stock, reports Thomson Reuters. Nine are outright sellers. These figures were about the same 18 months ago, before the stock’s last big move upwards.

Meanwhile, plenty of hedge funds and other speculators are already betting aggressively against the stock. Nasdaq reveals that at the last count, last month, 33 million shares or about one-sixth of the total had been sold short — meaning speculators had borrowed stock temporarily and sold it in the market, hoping to buy it back more cheaply later.

While Tesla is not currently profitable, analysts currently expect that to change very quickly. And, as is typical with growth companies, success would have a hockey-stick style curve. The consensus currently predicts earnings per share of $2.86 in 2019, $8.66 in 2020 and $16.83 in 2021. If Tesla should reach those targets, the current stock price, at $275, is 96 times forecast earnings for next year, 32 times 2020 earnings, and 16 times 2021 earnings.

4. There are long waiting lists for the cars

Demand for the cars so far appears to be holding up, although that may change. Try to order a Model 3 online, and Tesla is still quoting delivery of up to four weeks for the $49,000 model, up to two months for the $64,000 “Performance” model, and between two and four months for the $55,000 intermediate model. Those numbers are substantially similar to those reported early in the summer.

5. Are you a diehard fan? Take a gut-check

Financial experts suggest that if you’re worried you should take gut-check about the stock. Tesla stockholders should ask themselves “why they bought the stock in the first place,” says Ashley Foster, a financial planner from Houston, Texas. Do those reasons still hold true?

“Do they still have faith in the company’s vision and mission? Do they still believe Elon Musk is a visionary who will change the world?” If so, he says, “Then ride it out. Don’t let short term fear get in the way of long term goals.”

On the other hand, if your rationale no longer holds true, he says, “Divest. Better to limit your losses and find other opportunities for your money.” One useful gut-check is to ask: If you didn’t already own the stock, would you buy it today at these levels?

6. Emotions are your enemy

Behavioral psychologists say we typically make poor decisions when we are panicking or worried. Irrational things that tend to crowd our minds in these cases, experts note, include focusing on what we paid for the stock, and on what it used to trade at. Both are irrelevant.

Holding on “till the stock gets back to where it was” is an appealing-sounding strategy with no logic behind it. There is no guarantee that Tesla will get back to $386. Buying more stock simply to reduce your average cost also has no logic behind it. It does not reduce the cost of the stock you’ve already bought. It simply increases your exposure to the stock.

7. The current risk is real

Tesla faces a big cash call in about six months, analysts say. “It’s a significant problem,” warns Rajvindra Gill at Needham & Co. If the stock is below $360 next March, he says, Tesla will have to pay out $920 million in cash to settle convertible bonds. Meanwhile, he says, the company only has about $1.2 billion in spare, unrestricted cash on hand.

So Tesla needs to turn cashflow positive in the next few quarters to avoid a crunch. On the other hand, Wall Street analysts are predicting the company will be cashflow positive this year: The consensus is for $1.6 billion in earnings before interest, taxes, depreciation and amortization, and $6.70 in cash flow per share. So far the bond market isn’t panicking about the debt. While the 2025 bonds are down to 84 cents on the dollar, reflecting longer-term concerns, the 2019 bonds are still trading at par value and the 2021 bonds at near-par.

8. The stock charts are looking iffy

On the other hand, if you look at Bollinger Bands, a well-known type of trading range that reflects moving averages and typical volatility, FactSet says the stock is already near the bottom, implying a decent chance of support.

9. This is not the investment it once was

At the IPO Tesla was valued at less than $2 billion. It was a small, speculative bet on a visionary company with big upside. Today, at $275 a share, Tesla’s equity is valued at a hefty $47 billion. That’s about the same as Ford F, +0.97% or Honda HMC, -0.56% and more than General Motors GM, +1.78% (Although the older companies have much more debt, so their so-called “enterprise values” are much bigger.) So the stock price already assumes a lot of success.

10. Consider paring back your position

If you’re panicking, consider at least paring your position. Investment experts have typically advised holding no more than 15% of your portfolio in risky or speculative positions overall, and no more than 5% in any one stock.

Many people end up with too much of a hot stock simply by accident: They buy it (happily) before it zooms higher, and then they don’t pare back their holdings. Something that was once 3% of their portfolio becomes 10% or more. Cutting it back to 5%, even at the cost of generating a taxable gain, is generally considered the smart move. If that calms your nerves it’s a double win.

The legendary Wall Street investor Jesse Livermore — who was active back in the 1920s — told a story about a cotton speculator who was so nervous he couldn’t sleep. When a friend asked him why not, he replied, “I am carrying so much cotton that I can’t sleep thinking about it. It is wearing me out. What can I do?” The friend replied, “Sell down to the sleeping point.”