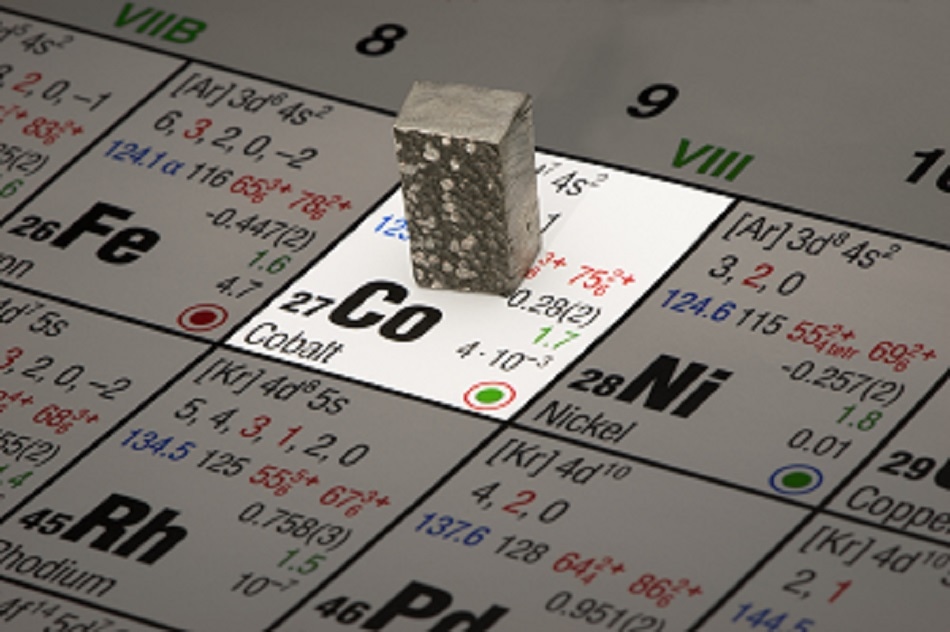 Located in the middle of the periodic table, cobalt is a transition metal long used in impure form as a pigment. Cobalt now appears in magnets, high-tech turbines and even in cancer treatments. It is similar to iron and nickel and can become magnetic.

Below are ten key facts about this valuable metal.

If cobalt could be found in nature, it would appear silvery-blue and be extremely brittle. Cobalt does occur naturally on Earth, but in combination with other elements, such as nickel and copper. In fact, cobalt has long been considered a by-product of nickel and copper mining operations. Cobalt can also be found in soil and crusts on the seafloor.

2) Cobalt is Named After Mythical Goblins

Officially discovered in 1739 by a Swedish chemist, cobalt in ore form had long been the bane of miners. When miners tried to melt down certain ores to extract copper or nickel, the fumes they generated could cause illness or death. Germans blamed mythical goblins known as ‘kobolds’ for the dangerous effect of these ores. Even though the fumes actually came from the arsenic also found in these ores, the name stuck as miners started intentionally trying to extract cobalt.

For hundreds and thousands of years, cobalt was used as an important blue dye. Ancient civilizations in China, Europe and Egypt have all been found to have used cobalt dye.

4) Cobalt is Prized for its Use in Lithium-Ion Batteries

For centuries, cobalt was only used to make dyes, and later, magnets. Demand for the transition metal has skyrocketed recently as it has become an essential part of lithium-ion batteries. Cobalt is generally used as a cathode material in these batteries, which happens to be crucial to the on-going development of electric vehicles.

5) Cobalt is Key to Other Cutting-Edge Technology

In addition to being an essential component of lithium-ion batteries, cobalt has strong magnetic properties that make it very useful for the uniquely calibrated magnets found in generators and hard drives. When mixed with certain metals, cobalt can also assist in the production of materials known as “superalloys” – which retain their strength under tremendous stress and high temperatures. These qualities make cobalt an integral part of a jet engine.

6) Cobalt is Used to Treat Cancer

A manmade isotope, Cobalt-60, is widely used in cancer treatments. The radiation this radioactive isotope releases is used to blast cancerous tumors, and is often used to treat brain tumors, as this kind of radiation facilitates the extreme precision needed.

7) You Have Cobalt in Your Body Right Now

Cobalt is part of the essential nutrient B12, which is used in the production of DNA and red blood cells. Doctors used radioactive-labelled B12 to measure uptake of the nutrient in patients with certain deficiency-related conditions.

8) Cobalt Used to be a Beer Additive

In the mid-20th century, some breweries used cobalt as a beer additive because it helped to maintain foamy head. However, it was soon discovered that a combination of cobalt, high alcohol intake and bad diet led to a high risk of heart failure. The use of cobalt in beer was discontinued after this discovery.

A team of American researchers has been working on a method that would make the testing of food for bacteria much easier and faster. Their process involves placing of cobalt nanoparticles inside food-borne bacteria and then using a strong magnet to yank the bacteria out of the food.

10) Cobalt Was Used in a Major Quantum Physics Discovery

In 2010, a team of German scientists were the first to document an atom changing its spin. The discovery was made using a cobalt atom.

Disclaimer: The views expressed here are those of the author expressed in their private capacity and do not necessarily represent the views of AZoM.com Limited T/A AZoNetwork the owner and operator of this website. This disclaimer forms part of the Terms and conditions of use of this website.